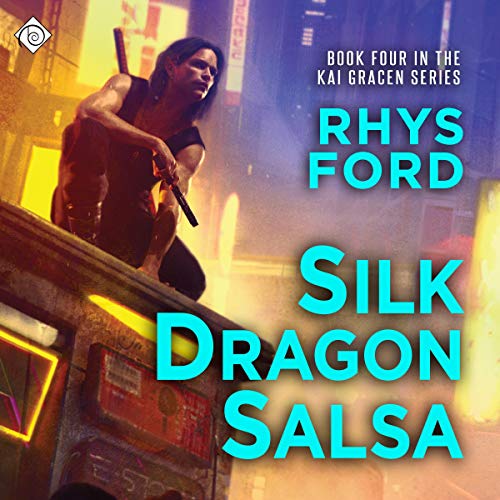 SoCalGov Stalker Kai Gracen always knew Death walked in his shadow. Enough people told him that, including his human mentor, Dempsey. Problem was, the old man never told him what to do when Death eventually caught up. Where Tanic, his elfin father and the Wild Hunt Master of the Unsidhe Court, brought Kai pain and suffering, Dempsey gave him focus and a will to live...at least until everything unraveled.

Now caught in a web of old lies and half-truths, Kai is torn between the human and elfin worlds, unsure of who he is anymore. Left with a hollowness he can’t fill, Kai aches to find solace in the one elfin he trusts - a Sidhe Lord named Ryder - but he has unfinished business with Dempsey’s estranged brother, a man who long ago swore off anything to do with the feral elfin child Dempsey dragged up from the gutter.

Reeling from past betrayals, Kai searches for Dempsey’s brother, hoping to do right by the man who saved him while trying to keep ahead of the death haunting his every step. Kai never thought he’d find love or happiness as a Stalker, but when Death comes knocking at his door, Kai discovers a fierce need to live life to the fullest - even if that means turning his back on the people he calls family.

Been waiting for this book to be recorded, wish it was longer there weren't all that many plot points solved in this book but it was still good. can't wait for more, completed it in one day

Another strong entry. All that we’ve come to expect but also a few upheavals, vulnerabilities and growth. And as usual, Greg Tremblay brings this story to life as only he can. If this series is your jam, you won’t be disappointed.

I love this series and this book was no exception! I love seeing the characters develop and change as the series progresses. I can't wait for the next one!!

This series just keeps getting better!

A LOT more angst in this one, but I loved seeing Kai finally decide to really trust Ryder. Still had the witty dialogue and action I've come to love in this series and as usual, the narration by Greg Tremblay was perfect! Cant wait for the next installment! Id give it more than 5 stars if I could.

I love Kai and these series is a great escape. love Greg Trembly he is an incredible voice actor and makes this world come alive