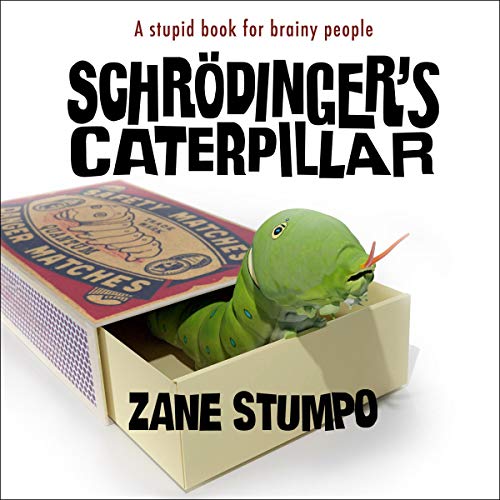 Graham Paint is a downsizing consultant, and sick of it. One morning, he misses his bus when he stops to put a strange caterpillar in a matchbox. As the bus passes, he’s shocked to spot himself inside. Like Schrödinger’s Cat in the famous quantum thought experiment, the caterpillar's spawned parallel possibilities. This comic novel explores Graham’s search for a better life among the various overlapping alternatives.

Graham launches upon a new lifestyle (and sex life) as he dons the designer suits of power. But sinister figures soon see through Graham’s clothing.

Now, Graham’s under attack from the corporation, the police, his ex-wife’s private detective, and an infuriatingly pompous water-colorist who Graham might have been if he’d gone to art college rather than business school. To survive (and steal the artist’s wonderful woman) Graham needs to find hidden resources.

"It is difficult to provide this assessment without resorting to hyperboles. It is an astonishing debut novel – one of the rare few that can genuinely term itself ‘unique’ without blushing. Style, plot, characterisation, inventiveness, narrative techniques...masterful, confident and stand-out. It’s simply a brilliant novel that deserves the fanfare.

The incredibly intricate and complex plot is masterfully handled by the author. The premise (based on Schrödinger’s Cat thought experiment) is an ambitious and audacious one, and in lesser hands could have created a novel that was inaccessible (or worse, patronizing). But the author both manages to contain and expand the premise to develop an engaging and page-turning plot – with the added bonus of numerous sub-plots, tangents, digressions.... This will be a novel readers return to time and time again to re-discover."

What listeners say about Schrödinger's Caterpillar

weird. not the worst way to spend 10 hours.

I enjoy these kind of reality bending tales. This one doesn't try to delve too deeply into mechanics or mentality, but tells a humorous tale in the English style of, say, Eric Idle et. al. The narrator (slash author) reads excellently, so 4 stars for that. A decent book, mildly humorous with a unique story.