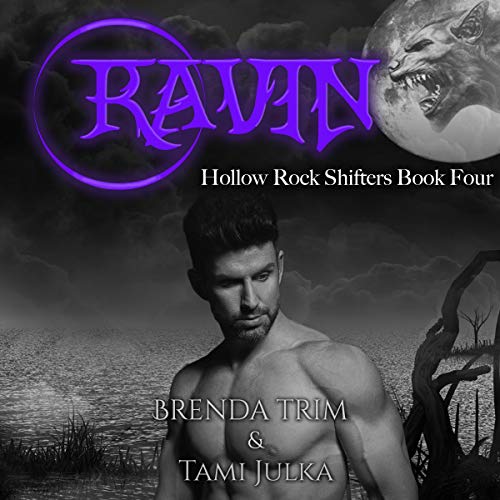 By: Brenda Trim,Tami Julka
Narrated by: Cliff Bergen
Try for £0.00

Wolf shifter, Ryan Scott, likes to walk on the wild side. He craves freedom and independence like no other. So when Ryan feels the symptoms of turning Ravin, he relishes his newfound power and strength. Granted, his body doesn't look the same but he sees nothing wrong with the disease inflicted upon aging shifters. He doesn't want or need the treatment that can cure him. When his family throws him into a cell, forcing him to accept their help, Ryan revolts. He gives complete control to the violent creature living inside and plots his escape by deceiving the one female he's come to love. He turns his back on Cassie, his family, the pack, and his inner wolf, choosing a life of solitude as a Ravin.

Shortly after he leaves, Ryan is captured by a group of humans looking for shifter blood, and they'll stop at nothing to get it. Their new method of inducing a shift is beyond torturous and leaves him begging for death. In his darkest hour, Ryan realizes what matters most in life are the ones who love and support you. And he shunned each and every one of them.

Can he survive the abuse, fight the Ravin living within, and find his way back to those he loves so he can tell them know how wrong he was? Or will he die on a metal table alone?

Ryan prays the faint howl of his wolf will lead him home.

What listeners say about Ravin

I have changed my mind. I said book 3 was, IMO, the best book but book 4 is great too. This book was steamy and full of action. Ryan turned Ravin. Will he be able to come back? This book was so good. I highly recommend the Hollow Rock Shifters series. Cliff Bergen did a great job with the narration. He continues to get better with each book. I still feel that the book would benefit from dual narration. I received this free copy audiobook at my request and have voluntarily left this review.

Ravin book has new beginnings, steamy romance, action, fun and sarcastic. I loved how the different stories came together and formed the perfect storyine. I received this audio book at my request. I am leaving my honest review here voluntarily of my own volition.