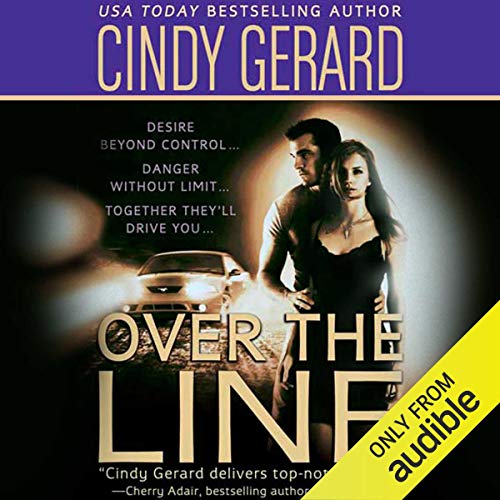 By: Cindy Gerard
Narrated by: Alastair Haynesbridge
Try for £0.00

"Sweet Baby Jane" Perkins has carved out a mega-selling reputation as rock's favorite bad girl. But her hard-living, tough-talking image can't prevent the sharp dose of reality that hits home when her estranged mother is killed in a car accident. As bizarre coincidences escalate in her own life, Janey grows certain that someone is watching her every move, and it's not one of her adoring fans.

Since leaving the Army Rangers six months ago, Jason Wilson has been adrift, a warrior without a war. Now he's taken his first civilian assignment for his army buddy's security firm: protecting a rock diva on her sold-out tour. Far from being a spoiled star, Janey is a revelation - sweet, modest, and incredibly sexy. Their friendship is turning to mutual, heated desire, but it's a distraction that could cost them more than their hearts.

Drawn into the depths of a deadly secret, they'll face off against a killer growing more ruthless every day, and Jase will discover just how far he'll go to protect an explosive passion he never expected.

What listeners say about Over the Line

Too wordy, not enough action

Have listened to several books in this series. Gerard spends too much time explaining the characters thoughts and feelings. By far this is the worse. No action till the last few chapters. It was hard to get to the end.

More than it seems

A multi storied suspense plays out while Jane rocks out and her bodyguard struggles to keep her safe. They’re flawed but strong people who are interesting enough to make this book worth the time

This was a great listen. The H & the h were likeable. The story moved along nicely. The couple didn't stop every 5 minutes to have sex. As a matter of fact that didn't happen until chapter 14 or 15 & then only when they weren't in the middle of a critical situation. They actually had a few conversations beforehand. Not hi (maybe) & then full on marathon sex like some of the other couples have in this series. If I had to complain about anything it would be the ending (not enough blowback for the hypocritical bible thumper).This was the best so far of this series.

Cindy Gerard builds stories and characters that you will grow to love. Their lives intertwine with action, conflict, love and certainly sex.

Alastair Haynesbridge is an amazing narrator and between the author’s writing and his portrayal of the characters, I actually found myself laughing out loud or gasping as the story unfolded.

Narration was spot on. The story and plot lines were excellent and kept me engaged. The Reverend Black, the gambling friend, the stalker, and the sabotaging filmographer. These four potential threats to Janey could have wrapped up better. One threat concluded very surprisingly and satisfying. The other three threats were very anti-climactic. I wish the four plots could have all connected and wrapped up together.

Too Much Sex Not Enough Story

I made the mistake of downloading all these books. I couldn’t even finish this one. The focus is on sex. A little sex is ok with the storyline but not the opposite. I won’t finish the series.

Sweet baby Jane drove me nuts a few times as she refuses to let Jase do his job. So annoying also the loooong descriptions of how sexy they think the other person is. It has its place but there was seriously too much of it in this book. A serious pity because otherwise the story has great potential with a bit more editing. I also don’t understand why Jase is left alone to cope with what clearly is a two man job at least.

great narrator as usual. I couldn't solve the mystery until close to the end. that was great bc usually some books are easy to predict.

Danger from every direction

Janie has danger coming at her from every direction and doesn’t even realize it. Good thing her body guard has it and her covered!

The latest book in the Bodyguards series features a character that appeared briefly in book one of the series.

Nolan's friend and fellow ranger Jason 'Ploughboy' Wilson was last seen being put on a plane after a drunken binge. Now invalided out of the army he drags himself from the depths of despair to work for EDEN. His first job is as high profile as they come. Protecting "Sweet Baby Jane" Perkins rock's favorite bad girl from a deadly stalker.

Jase soon discovers that beneath his charges hard-living, tough-talking image is a sweet, modest, and incredibly sexy women. As their mutual attraction grows he vows to keep things professional. Allow no distractions. And absolutely not fall in love. But soon finds himself breaking rules and wondering if there is any chance of a HEA for the two of them. That is if they can survive a deadly plot, where all is not what it seems.