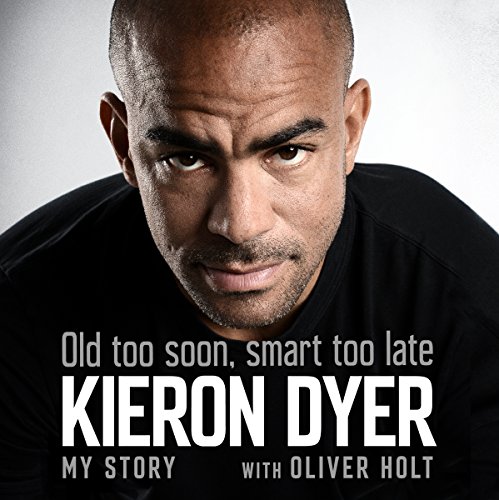 Old Too Soon, Smart Too Late

By: Oliver Holt,Kieron Dyer
Narrated by: Damian Lynch
Try for £0.00

Kieron Dyer's memoir, Old Too Soon, Smart Too Late, is the first intimate and unsparing portrait of the failures and excesses of the generation of English footballers made rich beyond their wildest dreams by the post-1990 World Cup boom in the game and the explosion of the Premier League. It shares the same brutal honesty and self-awareness of the best-selling No Nonsense by Joey Barton and GoodFella by Craig Bellamy.

In the public mind, Kieron Dyer came to symbolise so much of what was self-destructive about a group of football players known collectively as the 'Baby Bentley generation'. Nicknamed 'The King of Bling' by the tabloid press, Dyer was caught up in many of the scandals that characterised the history of a talented crop of players who promised so much and delivered so little, a generation whose wages and lavish lifestyles began to alienate them from the fans who once worshipped them.

The brash young man is gone now, and in his place is the quiet, caring, wise man who was such a favourite on I'm a Celebrity, Get Me out of Here! in 2015. Dyer narrates, in uncompromising detail, how a generation of talented English footballers, taken out of working class childhoods and presented with a world of glitz, glamour, wealth and temptation, failed to cope with the riches that were presented to them and often fell apart.

Old Too Soon, Smart Too Late is about a moment in time, a social and historical record of English football at the start of its gold rush. For Dyer, the end of the book brings a measure of personal redemption and peace, but for the English game, there is only a lingering sense of waste and regret for an opportunity lost.

What listeners say about Old Too Soon, Smart Too Late

I watched Kieran as a player and often wondered how good he could have been. this gives a great inside, warts and all, into his life and that of an injury prone player. it is a great other side to the story.

One of the best football autobiographies

An honest look at the life of a much misunderstood player. Excellent narration and one of the best i've listened to in terms of revealing what it's really like to be a footballet.

Brilliant book. Came across as sad at times and most of the time smashing. Absolutely loved it and finished it in 2 days.

definitely a brilliant read and well worth getting. only negative was the voicing was kieran dyer himself which is of thought would havr been better. but none the less worth reading

Great story, truly believe he could of been in Gerrard/Lampard/Ferdinand category if was more focused

loved most of it. I think it's quite well presented, pretty honest with a few life lessons. overall I give it 8/10.

Another one in my brain in my collection of football autobiographies.

Honest and frank, pleased to have got through it, very well narrated, Kieron comes across as a decent enough bloke these days

I mainly listen to sports audio books on audible, and I think this is one of the worst football books.

Dyer basically describes himself as having a terrible attitude towards women and being someone who's never to blame. 'It was the norm to abuse women, act like a tosser, and that's why I haven't any remorse for my actions' - is the gist. The narration makes it even worse as it makes him sound even more detached to reality and arrogant. He makes excuses for his actions based on what others have done and showed very little respect to some top quality management he was under.

Not recommended. Dyer is an embarrassment of a man. I only gave it two stars because of the extra details about Newcastle and England.

Great insight into the football culture in the early 200s

As a huge Kieron Dyer fan as a kid, I thoroughly enjoyed this book and all of the NUFC anecdotes in it. This book is open and honest and it’s clear to see why the “Golden Generation” failed so miserably.

A really easy listen which I thoroughly enjoyed.

A good listen, I grew up watching him and this is a frank and honest story, one thing that is crazy is the pronunciation of people names! Like a really dodgy accent haha. Other than that a great listen.