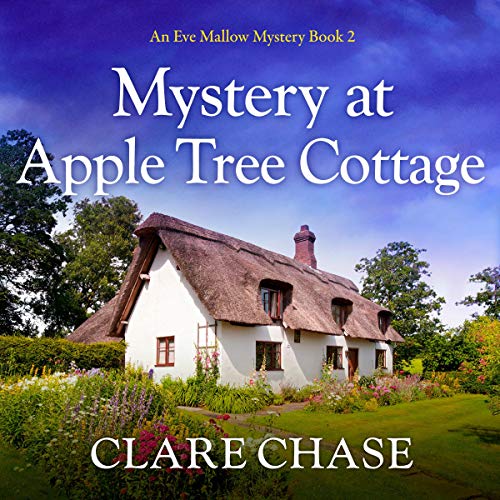 It’s spring in Saxford St. Peter - time to get back in the garden, listen to the birds, and take gentle strolls in the woods. But for some, it’s the season for murder.

Eve Mallow is relishing the gentle pace of the village until a new arrival stirs everyone up. Ashton Foley is back: a teenage tearaway turned interior designer to the stars. He’s mad, bad, and dangerous to know, but charming, too - as Eve herself can testify - and every house in Saxford opens its doors to him.

So when he’s found murdered in the woods near his mother’s home, Apple Tree Cottage, there’s no shortage of suspects. A jealous husband? A spurned lover? Or has someone from his past life caught up with him?

The police soon hit on a simple solution, and arrest his mother’s partner Howard. Ashton always hated him, and he bears all the marks of a recent fight. But Ashton’s mother, miles away in New Zealand, is convinced he’s innocent, and enlists Eve’s help to prove it.

There’s just one problem. Eve saw Howard sniffing around Apple Tree Cottage on the morning of the murder, and she’s fairly sure he’s guilty, too....

"Wow what a book! One of the best mysteries I have read! Loved it from start to finish!... The writing is brilliant and flows off the page, the characters stay with you. A thoroughly satisfying, absolutely stunning book!"(Renita D’Silva)

"I absolutely loved this book...grabbed me by the throat from the opening chapter and refused to let go until the very end...a fantastic puzzle." (A Little Book Problem)

"Reminds me of Agatha Christie. Grabbing me straight from the start...will keep you guessing until the very end.... A perfect gripping who-dunnit story, fans of LJ Ross will love it." (Chelle’s Book Reviews)

"So good! I am a huge Agatha Christie fan and let me tell you that Clare Chase is on par with Ms. Christie." (A Lucky Grace)

Mystery at Apple Tree Cottage is an ok cozy mystery but it's dry and has a slow pace. Not sure I'll get the next one.