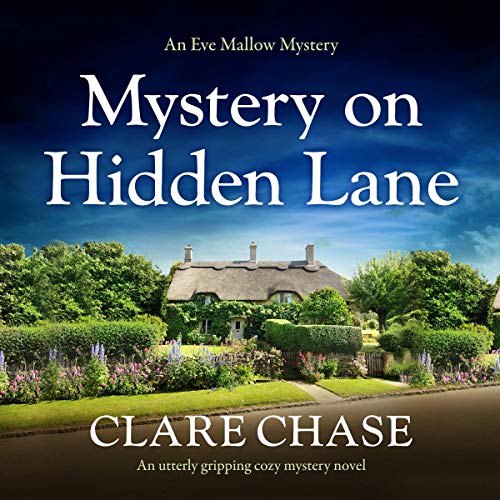 Seasoned obituary writer Eve Mallow has a new assignment: to tell the life story of famed musician Bernard Fitzpatrick. A chance to spend a few days in the sweet little village of Saxford St. Peter, walking the country lanes with her beloved dachshund, Gus, and meeting new people sounds like a dream. But it turns out that Bernard’s life was much less interesting than his death. On the day she arrives, news breaks that the charismatic cellist was the victim of a grisly murder. Could this quaint English village be hiding a dark secret?

As Eve starts to interview Bernard’s friends and colleagues, she finds that he’d ruffled a few feathers. In fact, from the keepers of the Cross Keys Inn to his own staff at High House, there’s barely a person in town who doesn’t have some reason to hate him.... Is one of the friendly villagers a cold-blooded killer?

Eve hoped Saxford St. Peter would be the perfect escape from her busy city life. But there is darkness even in the most sunlit of settings. And when a second body is found, Eve becomes certain that one of the people she’s met must be the murderer. She has never done any detective work before...but is there something in her notes that can crack the case?

Mystery on Hidden Lane is a charming cosy mystery, set in a quaint English village with a half American/British amateur sleuth, Eve Mallows. Eve is a part time obituary writer, and when she discovers her latest subject was murdered she starts to investigate.

The story moves along fairly slowly, giving the reader time to get to know a whole host of interesting village characters including Viv, the owner of the local bakery, and her brother, Simon, who I feel may become a love interest for Eve in future books. Eve, herself, is a very likeable character. And who can resist an adorable dachshund character like Gus 

Mystery on Hidden Lane is an easy listen, with a likeable narrator, and if you enjoy cosy mysteries then you will enjoy this.

This book was my first cosy mystery and it was a nice easy listen. I listened on audible and felt the narrator did a great job.
If you like cosy mysteries then I think you would enjoy this book.

When this book was described to me as a cosy mystery I was a little reluctant. I had visions of Angela Landsbury in Cabbot Cove with a murdered cousin however it was still a thoroughly enjoyable listen. The narrator kept me listening and I enjoyed the protagonists "investigation". It is a cosy mystery and it was a lovely change from the usual helter skelter anxiety inducing thrillers I usually listen to.

When Eve Mallow travels to the Quaint English village of Saxford St Peter to write the Obituary of a famous Cellist she is shocked to discover that he has been murdered. Whilst researching for the obituary she soon uncovers information that could lead to the murderer but has she put herself in danger? An intriguing cosy murder mystery and a great start to a new series.

Mystery on Hidden Lane is exactly what it says on the tin. A cosy mystery, which manages to maintain the listener's interest whilst never taxing the brain too much. Saxford St. Peter sounds idyllic and somewhere I'd very much like to visit, especially the tea rooms. Eve Mallow is a likeable character and I can see this series is going to run and run. Well narrated by Eilidh Beaton.

Mystery on Hidden Lane is a pretty good mystery. It started off slow but got better as it continued. I'll get the next book.

Not worth the money

I couldn't even finish the book. The readers American accent was so awful it became painful. And to be honest, the protagonist is boring and forgettable. Some of the supporting characters were ok.

Mystery on Hidden Lane by Clare Chase pulled me in immediately. I loved the imagery the author wrote in this cozy mystery. The story features Eve who is starting over and her dog Gus. I found the characters to appeal to me. The descriptions and emotions were so fitting. The twists were unexpected and very well done. Eilidh Beaton, is a new narrator to me. Her accent and voice were perfect for this book. She added the right emotions and tone to her performance.