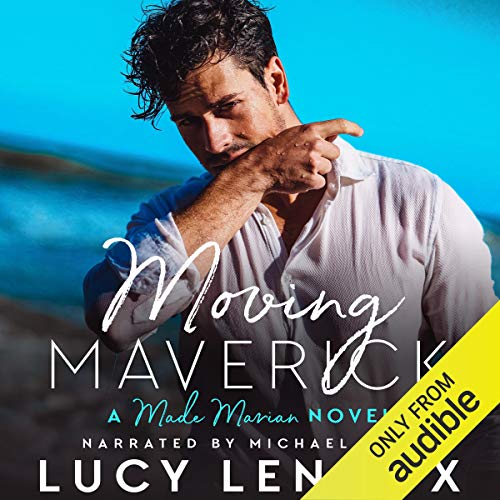 “Do you remember what you promised?”Maverick: I haven't been back to Rabbit Island, South Carolina, since my parents died and my grandmother, Mimi, rejected me. I'm only returning now to attend her funeral and sell an estate I never wanted. But the moment I step foot on the island and fall into Beau’s arms, I realize it might not be so easy to say goodbye after all.Beau Talmadge was always the boy next door, but now he’s no longer a kid. The man is hot as hell and pushes all my buttons in the very best way. I'm supposed to leave in a week. Sell everything, close the door on my past, and walk away forever. So why am I letting myself fall for someone who lives thousands of miles away? And how the hell am I going to break it off when it's time to go? “That I’d come back.”Beau: It took one short summer to fall in love with Maverick Mitchell and fifteen long years to forget him when he left. I’d never expected to see him again, but when he shows up at Mimi’s funeral looking lost and lonely I can’t resist doing anything I can to comfort him. Falling into bed with Maverick is easy and the nights we spend together are as hot and steamy as a South Carolina thunderstorm.I know it's not smart. I know it's not what he planned. But dammit, Mav belongs in my arms, in my bed, and in my life. So how the hell do I get him to stay? “Took you long enough.” Fair warning: Moving Maverick is a 73k word gay romance novel featuring sweet tea vodka, fancy salt and pepper shakers, guys catching crabs (not that kind), Aunt Tilly with a knife, and multiple detailed instances of man parts touching. Moving Maverick is the fifth book in the best-selling Made Marian series. It can be read on its own but is much more fun read as part of the series. The series begins with Borrowing Blue and each book follows a Marian brother's se
©2017 Lucy Lennox (P)2017 Lucy Lennox

I loved this as a book but Michael Pauley brings it truly to life! I laughed so hard & cried actual tears. Loved this!

This one just didn’t do it for me. I just couldn’t get pulled into the story. It was just flat all around. At least compared to the other books. I pushed through this book just so I wouldn’t miss anything. But I have to agree with some of the reviews the mirror my own.

I wish the voices would have been reversed. I think I know why he did it this way? He was already doing his voice this way? To change it up a little? I don’t know, but it didn’t work out. Still a great job at reading the story but it didn’t help me get sucked in. It just didn’t fit.

Over all I wish I would have skipped this one. It didn’t add much to the series has a whole. Like I said in the beginning, I think it a filler. To add some characters * for the other series that she is writing* and to give this brother a HEA. Beyond that, there’s not much to it.

Story was not my cuppa.

The sweet HEA ending tried to make up for a lot, but I just couldn’t overcome the anger I felt for most of the first half, or the rage I felt at learning the “reason” why Maverick’s grandmother Mimi refused to take custody of Mav when his parent’s died.

This just did not work for me.

I usually really enjoy Michael Pauley’s narration, but I didn’t this time around. It was mainly two things:

The first is technical – there were numerous audio quality issues when the sound kept fading in and out, which were pretty annoying throughout.

The second is a personal thing – I would have preferred the character voices Pauley uses for Beau and Maverick be switched. It’s a weird personal thing, but I feel like that would have absolutely made it better. But, like I said, that’s a personal issue and has nothing to do with how Pauley performs. He performs well.

But in the end, I didn’t like the story, and it would have taken platinum level narration to get me over that. There was just so much I hated in this.

However, because I don’t like to ruin everybody’s good time just because I didn’t like something, I’m going to put my rant under spoiler tags. Feel free to dismiss it all and enjoy the story for yourself.

There were some good things about the story, they just couldn’t mitigate the rest for me. But as they say, there’s a hat for every head and I seem to be in the minority with my dislike of the story, perhaps you may find it to your liking. Good luck and bless your hearts!

I love this book. Compared to the other four wonderful books before this one was different. Lots of laughter and lots of teary eyes in this book that’s for sure. Just like other Marian brother’s the ending was happy and delightful.

I'm a little taken back

this one was just not interesting. after reading blue , teddy , Jude , and griffin I was like yay another book. then I started listening and its like. it stood alone in away . don't get me wrong j love maverick and I feel his pain about his past but I love the marion clan. the book was slow , no real story behind it. I don't know why he couldn't just sell and move to Cali with maverick and join the family. I did finish the book and it did have some interesting points . I'm praying you bring me back with the last installment because I live for your books .

I loved the 2nd chance romance. I’m only a little sad that they moved away from the whole family though!

I enjoyed the story immensely. Enjoyed the narration. Liked hearing about S Carolina also. This is one of my favorite authors so far.

I liked Maverick, but I didn’t fall in love with him the same way I did with the other Marians at first. But he wormed his way into my heart and felt his pain as he had to address some hard issues dealing with his past. Feelings of abandonment are hard to deal with, especially when that abandonment comes from someone who was supposed to love and protect you. Beau was a wonderful character. He was hurt by his family but he’s been building his life into what he wants, not what anyone else thinks he should want. The relationship between Beau and Maverick was sweet and lovely, and they had a real connection.

Michael Pauley really made this book come alive for me and I ended up liking the characters so much more when I heard him voice them and inject so much emotion into them. Once again, he did such an outstanding job.

Overall Rating: 4.25 Stars. The writing was wonderfully done, but I had a little harder time getting into the plot of this book. I think it’s because there wasn’t as much humor as I’ve been used to with some of Lucy Lennox’s other books. HOWEVER, I soon overcame that and was sucked into the storyline and invested in the characters.

Another great addition to the Made Marian series. I love the family and love seeing the expand. This series is one I'll read over and over again.