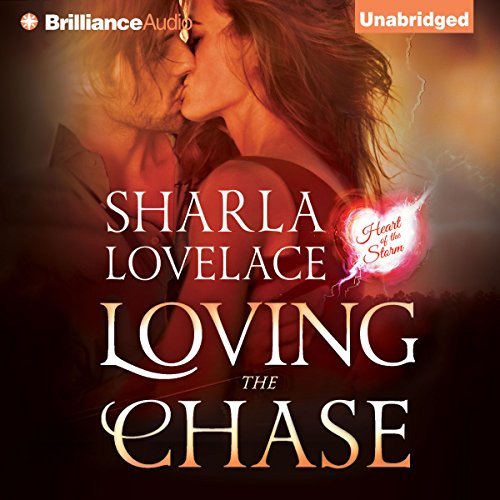 By: Sharla Lovelace
Narrated by: Lauren Ezzo
Try for £0.00

Charming, adventurous Zach Chase has always craved the spotlight, and now he's on the hunt for publicity for his family's storm-chasing business. So when a reality TV network approaches him with the idea for a show profiling their work, he can't resist. But the last person he expects to walk into the meeting is the former love of his life.

Production assistant Maddi Hayes was once engaged to Zach - until she was almost killed by a tornado he was out chasing. She walked away from her fiancé and their future together, convinced she'd always come second to his dangerous career.

Dreading the show and anxious over working so closely with Zach, Maddi also knows this project could mean big things for her career. If only Zach weren't still so infuriating...and so infuriatingly sexy. Can they finally let go of their stormy past? Or will the passion still raging between them win in the end?

What listeners say about Loving the Chase

I have a love/hate relationship with this story. Both MCs are extremely negative in their heads and I found myself bumping the play speed to 1.2 plus skipped forward every time the head talk started up. Liked this story but didn't care for the constant tangents.