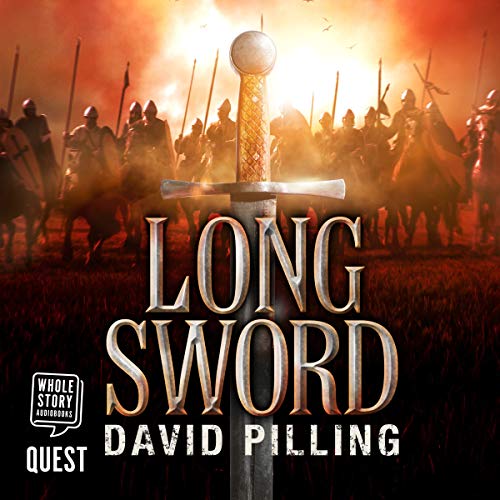 England, AD 1266. The kingdom lies in ruins after years of bitter civil war. Simon de Montfort is dead, slaughtered in battle, and his surviving followers fight on with the fury of despair. Known as the Disinherited, these landless men infest the forests and highways and prey on the common folk.

Hugh Longsword, a common soldier, fights for the King against the rebels who threaten to destroy England. He is taken into the service of the Lord Edward, King Henry’s eldest son, and made to work as a spy. Edward sends him into the wild north country, home to the most dangerous rebel captains: men such as Sir John d’Eyvill and his savage cousin Nicholas, known as the Beast for his cruelty.

While Hugh spies on these cutthroats, the King gathers all his forces to attack Kenilworth Castle, greatest of the rebel strongholds. Though hopelessly outnumbered, the defenders hurl defiance from the walls and refuse to surrender. One assault after another is repulsed, even as the north country slides into chaos and another band of Disinherited seize the Isle of Ely in the fens of Cambridgeshire. From their watery fastness they ride out to attack the Jews of Lincoln, burning deeds, slaughtering innocents and kidnapping the wealthiest for ransom.

One of those taken captive by the rebels is Esther, a widowed Jewess. She is carried away to Ely, where the Jews are treated with inhuman cruelty. Esther is rescued by Hugh, and they are hunted through the marshes by teams of soldiers and wolfhounds. Together they must survive all the dangers of a war-torn land, where law and justice are fallen away and only the strongest can hope to prosper.

Longsword is the latest historical adventure novel by David Pilling, author of Reiver, Soldier of Fortune, The Half-Hanged Man, Caesar’s Sword and many more novels and short stories.

Entertaining, yet falls just short of FAVs such as

the Bernicia Chronicles, Night-Wolf series, or the Blood Song Series, etc.
However it does shed light on a little known time after the death of Lord(?) Monfort at Eversham concerning the group of rebels known as the "disinherited,"