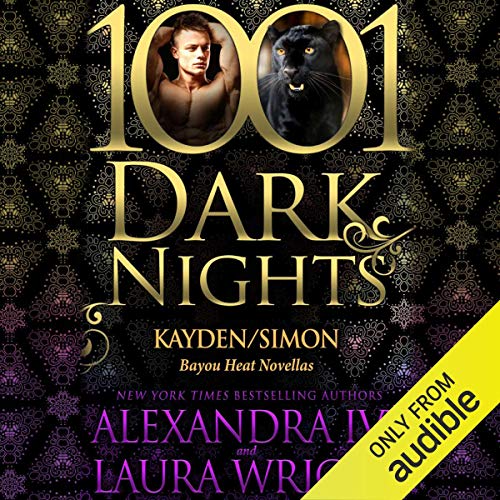 By: Alexandra Ivy,Laura Wright
Narrated by: Emily Beresford
Try for £0.00

Kayden is obsessed with revenge after his parents disappeared when he was just a cub. Now the gorgeous Hunter has discovered the man responsible for betraying them - Joshua Ford - and it's time for payback. Beginning with the kidnapping of Joshua's daughter, Bianca. But the last thing he expects is to be confronted with the horrifying realization that Bianca is his mate. Will he put revenge before his chance for eternal happiness?

Beauty and the beast

Sexy male model Simon refuses to give up his exciting life in New York City to return to the slow heat of the Wildlands. For a decade many pantera have tried to capture the rogue Diplomat and bring him home, but all have failed. Now it's Tryst's turn. The hard, brilliant, and gorgeous Hunter is the ultimate tracker. But can the admitted beast-girl of the Wildlands capture her prey without losing her heart in the process?

What listeners say about Kayden/Simon

great the story and performance. love the series, two great writers to create a series you cant get enough off..