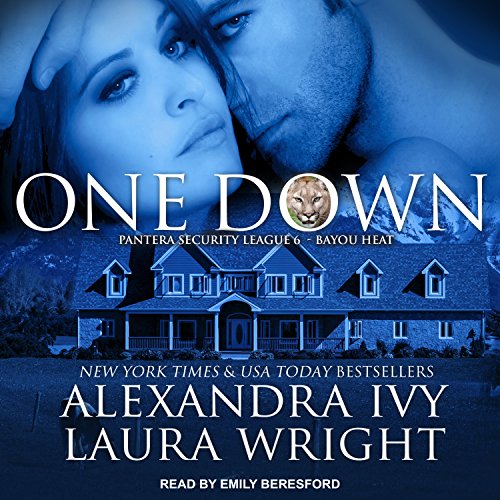 By: Alexandra Ivy,Laura Wright
Narrated by: Emily Beresford
Try for £0.00

Cerviel is trained not to feel and not to get attached. But when he sees the female naked and bruised inside the cage, every instinct he's forced down surges to the surface. Like him, the female is broken and alone in the world. But if he gives in to his raw, possessive nature, his cover will be blown, and danger will befall everyone he protects.

Five years ago, Hallie was taken from her family, both parents murdered before her eyes. As a child she had been given Pantera blood, and her power is undeniable - especially to the ones who want to use her. Free now, she must go to the Wildlands, a place she knows nothing about, to solve a mystery no one will reveal. Can she put her trust in the male who rescued her? Because he already has her heart.

What listeners say about One Down

I love everything by Alexandra ivy and I would recommend any of her other books but this one. it's not a well developed story, it's very rushed. I didn't really care for the narrator on this one either.