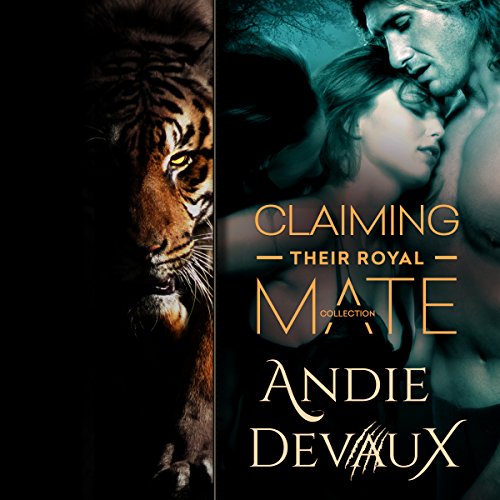 Claiming Their Royal Mate: The Collection

Claiming Their Royal Mate: The Collection

Daniella Clark has lived blissfully unaware of her heritage, but as her true nature reveals itself, a need that she cannot control rises. Her sexy-as-sin neighbor, Owen, eases her carnal heat and introduces her to a world she never even suspected existed.

But the weretiger prime, Erick, wants her for his own. And he is more than willing to fight his second-in-command for the woman he claimed the moment he laid eyes on her luscious form. He will do anything to protect his people, and their future rests in Daniella's hands.

Even as Daniella revels in the sensuality of the weretiger males, she fights to maintain her sense of self. But when old enemies arise, the battle for her heart isn't the only fight they must face. And Daniella will have to decide how much she is willing to risk for the men who want her for their mate.

Claiming Their Royal Mate: The Collection includes all four parts of the sensual m/f/m series. The story contains steamy scenes with two tiger shifters, a smidgeon of violence, and lots of dirty talk. Happy listening!

Lived it, made driving into work and home bearable. The characters were well written. Could actually envision each scene.

Wow, what a story line. There is genuine love and caring on the part of all the shifters. The narrator helped bring this story to life. I'm glad the four parts were all put together as one in this setting. I was quite pleasantly surprised by how much I liked this book.

Why would u end a book at that point?

Story was ok but I was disappointed not to c the female lead take care of business it would have been a glorious finish.