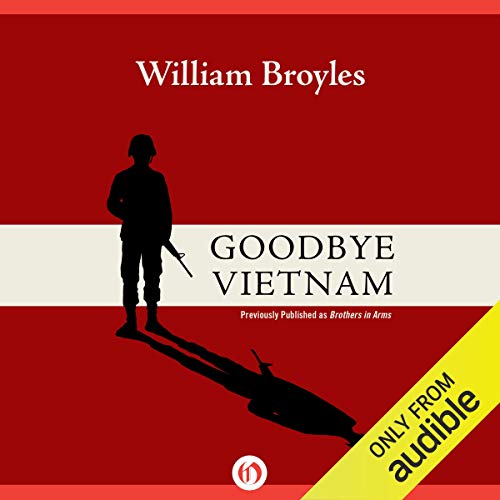 In this gripping memoir, a former marine returns to Vietnam to try to make sense of the war. Previously published as Brothers in Arms, this edition includes a new preface by the author.

When William Broyles Jr. was drafted, he was a twenty-four-year-old student at Oxford University in England, hoping to avoid military service. During his physical exam, however, he realized that he couldn't let social class or education give him special privileges. He joined the marines, and soon commanded an infantry platoon in the foothills near Da Nang. More than a decade later, Broyles found himself flooded with emotion during the dedication of the Vietnam Veterans Memorial in Washington, DC. He decided to return to Vietnam and confront what he'd been through. Broyles was one of the very first combat veterans to return to the battlefields. No American before or since has gone so deeply into the other side of the war: the enemy side.

Broyles interviews dozens of Vietnamese, from the generals who ran the war to the men and women who fought it. He moves from the corridors of power in Hanoi - so low-tech that the plumbing didn't work - to the jungles and rice paddies where he'd fought. He meets survivors of American B-52 strikes and My Lai, and grieves with a woman whose son was killed by his own platoon. Along the way, Broyles also explores the deep bonds he shared with his own comrades, and the mystery of why men love war even as they hate it. Amidst the landscape of death, his formerly faceless enemies come to life. They had once tried to kill each other, but they are all brothers now.

What listeners say about Goodbye, Vietnam