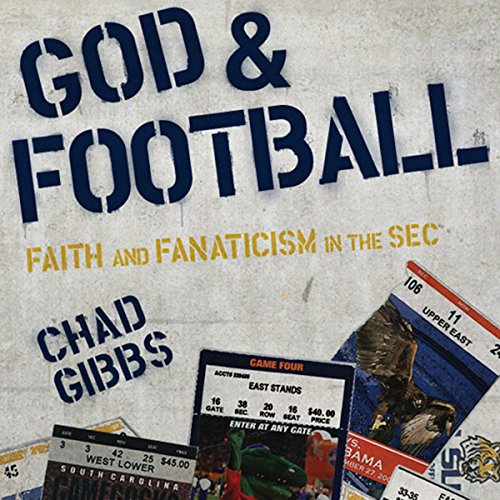 At the age of eight, Chad Gibbs attended his first Southeastern Conference football game. Since then he has been in a constant battle to not let his love of all things pigskin consume him. As a Christian, Gibbs knows he cannot serve two masters, but at times his faith is overwhelmed by his fanaticism. He is not alone. In 2008 over six million people attended an SEC football game. They spend thousands on season tickets, donate millions to athletic departments, and for three months a year order their entire lives around the schedule of their favorite team. Gibbs and his six million friends do not live in a spiritually void land where such borderline idol worship would normally be accepted. They live in the American South, where according to the 2008 American Religious Identification Survey, 84 percent identify themselves as Christians. This apparent contradiction that Gibbs sees in his own life, and in millions of others, has led him to journey to each of the twelve schools to spend time with rabid, Christian fans of various ages and denominations. Through his journey he hopes to learn how others are able to balance their passion for their team with their devotion to God. And if Gibbs learns others are just as messed up as he is, at least he will know he is not alone.

What listeners say about God and Football