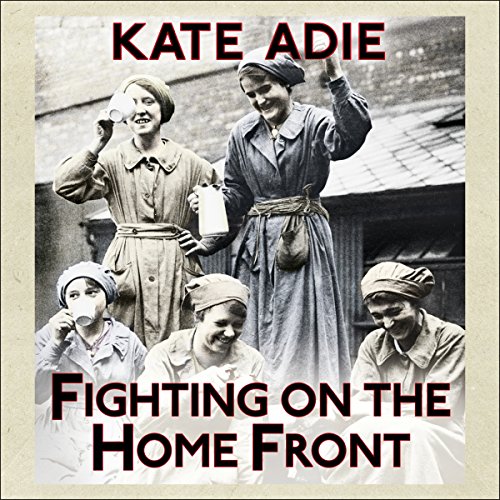 Fighting on the Home Front

Best-selling author and award-winning former BBC Chief News Correspondent Kate Adie reveals the ways in which women's lives changed during World War One and what the impact has been for women in its centenary year.

In 1914 the world changed forever. When World War One broke out and a generation of men went off to fight, best-selling author and From Our Own Correspondent presenter Kate Adie shows how women emerged from the shadows of their domestic lives.

Now a visible force in public life, they began to take up essential roles - from transport to policing, munitions to sport, entertainment, even politics. They had finally become citizens, a recognised part of the war machine, acquiring their own rights and often independent incomes.

The former BBC Chief News Correspondent charts the seismic move towards equal rights with men that began a century ago and through unique firsthand research shows just how momentous the achievements of those pioneering women were.

This is history at its best - a vivid, compelling account of the women who helped win the war as well as a revealing assessment of their legacy for women's lives today.

"History at its most celebratory." (Daily Telegraph)

"Adie uses her journalistic eye for personal stories and natural compassion to create a book definitely worthy of her heroines." (Big Issue)

What listeners say about Fighting on the Home Front

This is a serious , intelligent and considered account of how women worked to win both the first and second 'world wars'

Great book and very interesting. Was totally gobsmacked when she mentioned one of my relatives in the book...I had no idea!