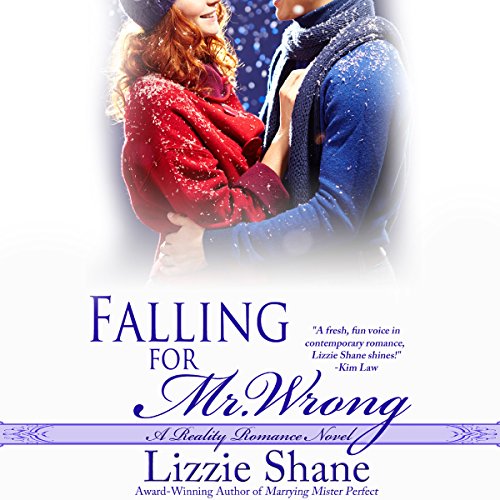 Caitlyn Gregg just agreed to marry "Mister Perfect" on national television. There's only one problem: as soon as the cameras stop rolling on their whirlwind reality-show romance, she realizes she doesn't love him. Returning home to Colorado as the show begins to air, she has only her doubts for company - until she accidentally sets her apartment on fire and finds herself in the arms of oh-so-sexy fire-fighter Will Hamilton.

Sparks fly - and not just from her singed apartment - but Caitlyn is engaged to another man and is contractually forbidden from talking about the engagement, breaking it off, or seeing other men until the show's finale.

Will doesn't know what to make of Caitlyn's hot-and-cold routine, until he turns on the TV one night and sees her being wooed by another man. Thinking she must be gunshy after what is about to be a very public break-up, he tells her they can take it slow...but their insane chemistry has other ideas.

Falling hard for Will is against all the rules and every week she dreads Tuesday, knowing any episode could be the one that drives him away. When the truth comes out, will Caitlyn lose the man of her dreams because she already said yes to Mister Perfect?