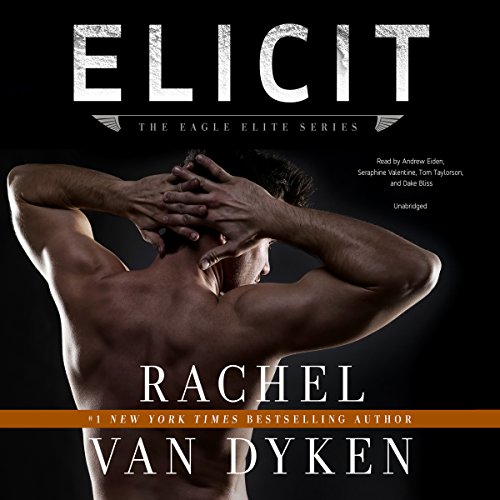 Cursed, numb, rejected, scorned, wicked, sinister, dark, and twisted...this is Tex Campisi's legacy. He killed his father in cold blood and lost his soul right along with him. He craves war more than peace, and he's about to take his place in history as the youngest capo dei capi in the Cosa Nostra - that is until someone stops him, saves him from himself. But the only person able to do that is Tex's best friend's sister, Mo Abandonato, and she just ripped his heart out and asked him to hold it in his hands while she put bullets through it.

Tex used the pain Mo caused as a catalyst to turn into his biggest nightmare - the five families' greatest enemy. It is Tex's turn to take a stand, knowing full well he is going to lose his mind to the madness that is the American Mafia. He has always been told blood is thicker than life. Tex wishes he would have listened, because regardless of who you love, you will betray. You will kill. Blood always wins. The only way out is death.

Welcome to the dark side of the family.

What listeners say about Elicit

I STILL wanna be Tex Campisi when I grow up. I love this series. It's trope heavy and completely unbelievable but damn it, I'm obsessed. With Tex, Chase, Mo, Mil, Chase, Nixon, Sergio, FRANK and...I can't say anymore now can I?

Loving this series so much.

Oh my.............my heart went out to both Tex and Mo, I mean, I was teetering on the edge of Tears so many times. This is definitely the most emotional story in the series so far. So many secrets and so much heart ache. I love the multiple points of views that Rachel Van Dyken has written, I love the fact that each story involves all previous and future characters and I love the intensity of all the mob bosses and the devotion of their family. In book 4 we follow Tex as he struggles with his feelings for Mo and his duty to do the right thing by his family bearing in mind the motto they live by is 'blood always wins.' With so many plot twists and turns, so much traitorous behaviour, and so much violence I had no idea who to trust to do the right thing, if anyone. I was invested in this story from the first page, in fact the whole series has me on tenderhooks. So many surprises. I'm loving it. The narration for all the characters is spot on. I could listen to their voices all day, oh wait, I did!

I am still fairly new to Audible. I really enjoyed listening to Elicit! I really felt in-tune with the story through the narrators Andrew Eiden, Seraphine Valentine, Tom Taylorson, and Dake Bliss . Nobody does Mafia like Rachel Van Dyken! Each story in the series gets better and better! Can't wait to see what Ember will bring !

love this book it's my favorite in the series tex and mo r by far my favorite ❤ 💕 tex is so funny wish that they would make this series into TV series Rachel van dyken is my favorite author she an amazing writer and her books suck u in like u r right there with them I highly recommend this series ❤.

love Tex, Moe, not so much. Lots of plot twists and stories within stories. Got very sick of everyone beating on Tex all the time. over and over Moe would seduce him, he'd get beat up for it, even by her. disturbing. she pushes and pushes and he gets his ribs kicked in for it. not the kind of friends I would want, not justice. glad to see Phoenix ok.

I absolutely love this series!!! But note you have to start from the beginning.. Awesome characters to boot! Each has a certain purpose and you learn as you go. At least I am! If you love alpha mob men, than this is a series for you.

This was my favorite book in the series so far, Tex and Mo are my favorite badass couple. I literally couldn’t put it down, it just sucks you in and I’m so happy I decided to start this series. I really liked the female narrator with her Italian/NY accent.. made Mo sound more authentic and how I picture a female mafia princess to sound. The male narrators did a great job as well. The characters are so well written and dynamic with their bond, it’s hard to not get attached. I can’t imagine any of them dying and hope they all make it to the end.

The women narrator was monotone and the book moved to slow for my liking. It started out good than went into slow mode

I love each book by this author.
I love the drama I love this family. The woman are total badass and yeah you can't go wrong with the men. total Alpha but such sweetheart to the woman they love. also I love both the female and male voice reading the story.

This is an addicting series and another great book. We see Tex having to decide if he is going to take being the head of the Campisi family over the Abandonato’s that raised him, which includes Mo. This is definitely worth listening to especially if you have listened to any of the previous books.

The story of la familia continues, someone betrayed the boss and the main character changes Genders . Right when they think someone was killed they get a suprise
This is the first time I heard these narrators . The voices were smooth and clear