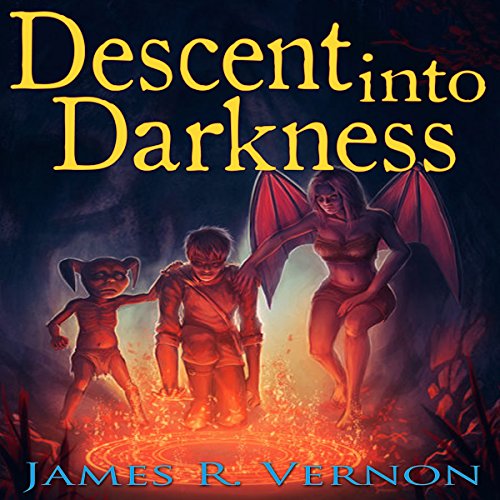 At least his human ones are.

Zin, as always, is by his side. Years of advice and getting Ean out of trouble has earned him the title of Ean's closest friend. Joining them now is Azalea the Yulari, another creature from the Abyss that feeds off the emotions of her victims to the point of death. Summoned in a moment of jealousy, Azalea would have killed Ean's friends if he had not stopped her in time. So how do Bran and Jaslen pay him back for saving their lives? By running off with all of their supplies, leaving Ean with his imp and a fragile alliance with an alluring but deadly Yulari.

Ean is now at a crossroads. Does he continue the quest originally placed on him and his friends to find a way to save Rottwealth from the monster that has taken over the mine? Or does he follow the advice of his companions from the Abyss and learn to control his growing power? The Healer's apprentice inside of him hopes to somehow do both.

Regardless of which quest he ultimately decides to follow, its Ean's inner turmoil that worries him the most. The dark power of the Abyss is spreading through his body at an alarming rate. The tattoos that represent the power continue to grow across his body while dark dreams invade his mind. Can he hold off the darkness growing inside of him, or will Ean give in to the power and become the tyrant he has feared?

Uni-dimensional characters... but such potential

Such potential, but horrible character development. narrative sounds like he has a head cold. i have a wide tolerance, but even i couldn't handle it.

Yes, while the individual characters are quite nice...the narration is horrible, nasal, and painful after a couple of hours of listening.

If you could play editor, what scene or scenes would you have cut from Descent into Darkness, Book 2?

Generally, if you could delete the entire inner monologue, this book would be more tolerable.

I agree with another reviewer, the storyline has some promise, but the characters feel like 8-year olds. By the end of the second book, you just feel that a third book would be a complete waste of a credit.

slightly better than the first one.

meh. The protagonist may as well be ten years old. certainly doesn't act like eighteen. Utterly helpless. No ability to plan or to make decisions. the love of his friends saves the day... meh.

love the story, but the narrators voice is so bad. I'll have to watch out for that