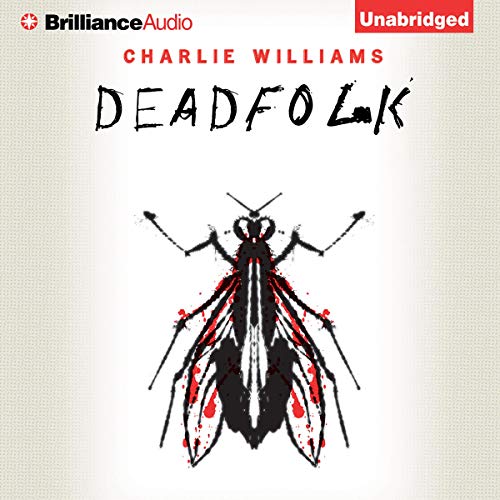 By: Charlie Williams
Narrated by: James Clamp
Try for £0.00

As dodgy English towns go, Mangel doesn’t look like much; but it’s everything to Royston Blake. In Mangel, Blake is head doorman at Hoppers Wine Bar and Bistro, drives a Ford Capri 2.8i, and generally has no trouble getting laid. On any given day, he can walk the streets of his town knowing he’s respected by one and all.

That is, until a rumor begins to circulate that Blake’s "lost his bottle", and everything goes to hell. Even his best mates, Fin and Legsy, have heard the talk that the formerly hard-living bruiser has gone soft, lost his edge, and become a pushover in a town where he can ill afford it. To make matters worse, the Munton brothers are after him, and the thought of ending up in the back of their notorious Meat Wagon is almost too much to bear. Something’s gotta give, but it sure as hell won’t be Blake.

What ensues is an outrageously bloody showdown that will leave a permanent scar on the grubby face of Blake’s beloved West Country town. Deadfolk is a brutal black comedy that introduces a wholly original voice to the ranks of literature’s most memorable protagonists.

"Charlie Williams has come up trumps...just enjoy the ride" ( The Guardian)
"Dripping with pitch black comedy and panache... this is compelling and highly enjoyable, albeit not for the squeamish" ( The Third Alternative)

What listeners say about Deadfolk

No, I just couldn't get past the horrible grammar, It is worse than the ghetto ebonics
I really hope that they aren't that uneducated backwards in their real life

If you’ve listened to books by Charlie Williams before, how does this one compare?

Do you think Deadfolk needs a follow-up book? Why or why not?

Maybe some liked it but don't write one for me

Story isn't bad just the really poor grammar, after listening to great English writers this is a completely different level All LOW