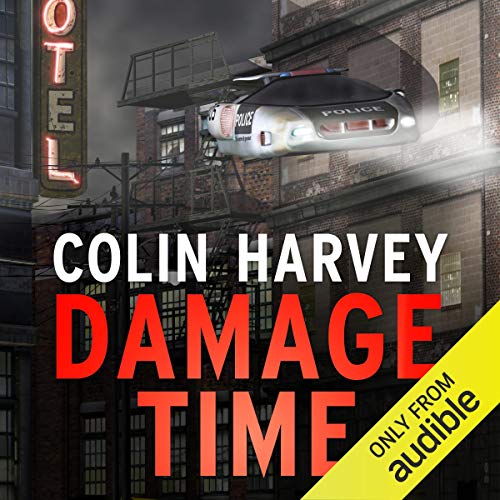 By: Colin Harvey
Narrated by: Andy Caploe
Try for £0.00

It is 2050. The USA has just been sold to the highest bidders. Detective Pete Shah is a Memory Association Specialist with the NYPD - he reads the last thoughts of murder victims. When he himself is arrested for murder, though, the secrets he brings to light threaten to bring the city to its knees. No one here gets out alive.

Colin’s first fiction was published in 2001, since then he has written novels, short stories and reviews, edited anthologies, and judged the Speculative Literature Foundation’s annual Gulliver Travel Research Grant for five years. Colin’s reviews appeared regularly at Strange Horizons and he was the feature writer for speculative fiction at Suite101. Colin died unexpectedly of a stroke in August 2011.

What listeners say about Damage Time

Wow! There a lot of interesting stuff going on here

I wish the writer had made this a series. There were so many topics addressed that I would have like to explore. Together it was difficult to follow as an audio book. As a physical book I could have gone back and forth to link aspects of the story, but that would have found me putting the book down after awhile. The audio performance was more narration so easy to allow it to fade into the background. I don’t want to trash this book. It has merit. I just feel like it didn’t know if it wanted to be a very cool story about the future and manipulation of memories, a police drama, a love story, social issues, or what. I was cool with all of that if it were a series of that told all he had to offer, fleshed out and focused. As a free book it’s worth your while.