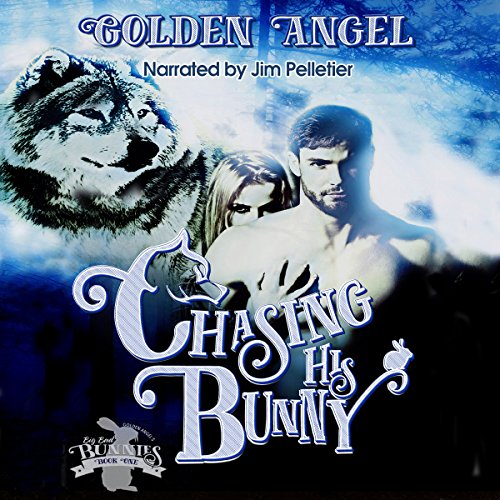 The bunnies are coming....

Bethany Bunson, her brothers, and her sister have been prisoners for seven long years. They've been experimented on, tested, and changed - all of them can turn into monsters. So when a band of shifter soldiers show up and save them, it's kind of a mixed blessing, especially when the leader of the shifters claims he's her mate. Yeah.... She's a 23 year old virgin who's never had a real boyfriend. The whole "one guy forever" thing is just something that she's not ready for, no matter how good he smells. However, Mr. Not-Gonna-Take-No-For-An-Answer doesn't seem like he's going to give up that easily.

When the government hired Steele Raymond and his soldiers to recover stolen research from a compound, they hadn't expected to find prisoners there, and he definitely hadn't expected Bethany. The alpha of a motley pack of mixed shifters had given up on ever finding a mate. The kind of independent, strong women he was attracted to always found him too bossy, too alpha, too protective, and preferred to not deal with him at all.

Lucky for him, Bethany is exactly the kind of female he's always wanted. And she isn't just someone he's dating and hoping to bond with, she's his fated mate. Most shifters give up on ever finding their fated mates, but it's his lucky day... even though she's clearly going to require some convincing. But he's got the biological urge of the mate bond and some serious tenacity on his side. Bethany's going to be his - and he's going to protect her and her family from the evil bastards who have been keeping them prisoner and experimenting on them.

Chasing His Bunny is a full-length novel, approximately 43,000 words long, with a happily ever after, and has an alpha male and a seriously sassy female who spend some time heating up the sheets in vivid detail.

Brilliant story i love shifter romance the characters were all well done looking forward to the rest of these audio books i am volunteering to leave my honest opinion for a free copy of this audio book.

I loved this awesome alpha! The quick claiming was fun and perfect. Her shifter side was pretty awesome. Liked how quickly they got together and the fun back and forth between the two of them. Her protective brothers added another fun element. Really enjoyed this audiobook and look forward to more in this series. The narrator did a great job!

A different kind of shifter

This is a different kind of shifter book. Five human siblings were kidnapped and held in captivity for 7 years, and experimented on and changed into shifters through science not nature. Which made them a different kind of shifter. They know nothing of the shifter world, so when they are rescued by a team of shifters and taken to their pack land they are scare and confused. This is story has it funny moments and the steamy scenes are ok. The narrator, Jim, did an ok job with this story.

First off, the premise of this book is like something straight out of a Cinemax after hours B-movie. There is a plot, and characters, and events, and even an interesting take on were-animals (were-rabbits and squirrels are a thing now, why the hell not, right?).
The author, G Angel, is most well known for their breathtakingly detailed descriptions of sex scenes, and this book is no exception. Even if the shifter storyline doesn't grab you, the love scenes are a fair reward for giving it a chance.
The narrator went a little over board with the voices. It sounded more like he was reading "The Billy Goats Gruff" to a room full of kids than narrating an erotic paranormal romance. The voice he used for the male love interest sounded like Tom Waits gargling hot asphalt, and the female sounded like a whiny 16 year old, which is definitely not how she's written.
Anyway, the questionable narration does nothing to diminish the steaming hot sex scenes, or the laugh out loud humor sprinkled liberally throughout this is little book. Enjoy.

I found these character difficult to like. They seemed a bit disconnected; having spent years apart, changing and being changed by their circumstances, seeing one another once a day for an hour under the supervision of their captors, they could not possibly have stayed as close as the author tells us they are. So I found that unbelievable.

And I am not into the sex-driven alpha thing. Not even intsta-love, just "mine".

The narrator kept doing that false stutter hesitation thing that bad actors do. It was sooo annoying and distracting. And--at least in my download--there was loud "air" going on in the background. Not so much that you could hear it, but enough that it created a painful pressure in my ears which stopped immediately every time I paused the book.

I'm going to try book 2 because I WANT to like this series, but I don't have a lot of hope for it.

Story: For the length that it was, the story was concise and to the point. Rescue, mating, conflict, resolution with a lot of comedic side jokes. I think there was too much emphasis on the heroine’s horniness (because of her captivity and shifter nature) and the hero’s masculinity. But both characters were sweet and compatible. The heroine’s shifter animal was not what I expected when I thought about the bunny in the title but it was new and interesting. Still drew an awww reaction for me at some scenes.

Narrator: The sound quality wasn’t staticky or filled with white noise so the narrator had a good mic. His performance was slightly over the top in dramatics. Could have toned it down a notch. But I found his narration more engaging than the other ones in the series. His female voices is irritating at certain lines because he made them sound whiney.

The story was good but that narrator

I only made it through this audiobook because I was interested in the storyline. I really wanted to learn about the siblings transformed states and how Bethany would finally fall to the mating bond with Steele. The narrator irritated me so badly I almost gave up several times. It seemed to be too much spite in the characters, especially Bethany. He (Jim Pelletier) just didn't have a good female voice to use while he read any of the female characters. He just about fully ruined the the story.

Do not miss this series

This story started out really heartbreaking but I just loved where it went. Bethany is the best character I have heard in a long time. The premise is so unique and the blended shifters are a hoot. You just want to find out what everyone is and the ending is priceless. It is even better on audio than it was in print. The narrator brings everything to life. Do not miss this series.

Jim pelletier is an awesome narrator. He brought the words to life and had me laughing so hard.

love shifters! this obe was funny and sweet. love all the different kinds of shifters together.

Short, sweet, and funny. Loved the characters and the story line. I can't wait to see where things go in the other books! The narrator Jim Pelletier did a wonderful job!

Awesome storyline! Just enough twists and turna to keep you involved and just enough steamy scenes to keep it fun. A great listen. Can't wait to listen to the rest of the series