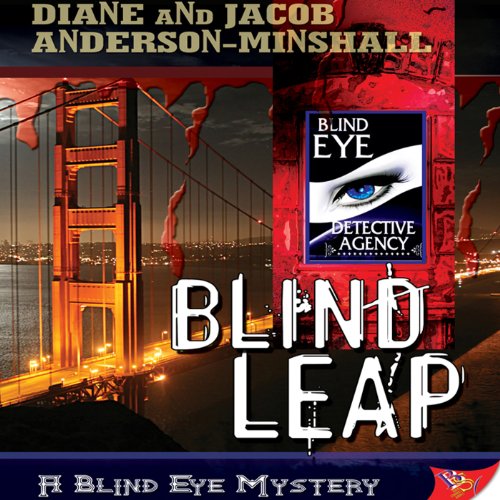 The camera doesn't lie; but is the film worth killing for?

When journalist Velvet Erickson's oldest friend, movie director Jeff Conant, takes a header off the Golden Gate Bridge, she refuses to believe his death was a suicide. Private investigator Yoshi Yakamota isn’t so sure. Still she agrees to investigate his death with her Blind Eye Detective Agency. The team members soon find themselves embroiled in everything from burglary and kidnapping to drug culture and backstabbing betrayals.

As they inch closer to exposing the truth, new questions emerge. Has an independent filmmaker captured the events of fateful night? And will they all live long enough to see it, or will one of them join Jeff in his watery grave?

What listeners say about Blind Leap

Loved the story & the narration. WISH I had listened to this one 2nd
I wish it was clearer which order to listen to them in