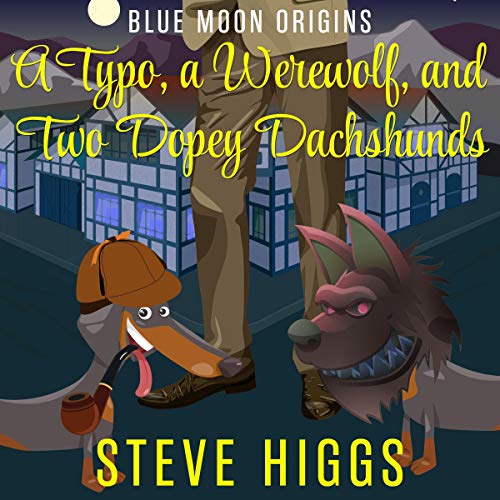 A Typo, a Werewolf, and Two Dopey Dachshunds

A Typo, a Werewolf, and Two Dopey Dachshunds

Tempest Michaels is about to have a bad week.

When a newspaper ad typo sends all manner of daft paranormal enquiries his way, PI Tempest Michaels has no sense of the trouble and danger heading his way.

In no time at all, he has multiple cases to investigate, but it’s all ridiculous nonsense like minor celebrity Richard Claythorn, who believes he is being stalked by a werewolf and a shopkeeper in a nearby village with an invisible thief.

Solving these cases might be fun if his demanding mother (why are there no grandchildren, Tempest?) didn’t insist on going with him, but the simple case of celebrity stalking might not be all it seems when he catches a man lurking behind the client’s property just in time to see him step into the moonlight and begin to transform.

All he wanted was a nice easy job where he got to be his own boss and could take his trusty Dachshunds to work. How much trouble can a typo cause?

The paranormal? It’s all nonsense, but proving it might get him killed.

A little ruff but fun

This isn’t my usual type of story, but It really reeled me in and kept me interested. A really cute tale.