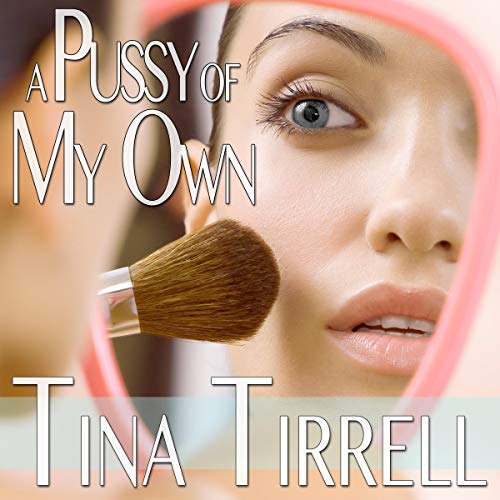 A Pussy of My Own

Losing the very thing that makes him a man may be the biggest gift he's ever been given.

Jason will never know what happened the night he crawled into bed in a drunken stupor and woke up with a completely different body: an unbelievably sexy female body. His initial waking fright and desperate search for the tool of his manhood itself is quickly subdued by the incredibly arousing view of the new womanly body that is now his own.

One thing leads to another as he's compelled to explore every inch of his erotically enticing shape and discovers just how differently it feels at every touch. As he's overcome by waves of pleasure erupting in a form he's never before experienced, he instantly realizes that what he's now missing is nothing compared to the joys of what he's magically gained.

Finally managing to convince Sean he is the buxom blonde standing before him in baggy male clothes and the arousing lack of a bra, Jason suggests a much-needed drink at a nearby bar, where he can't even guess his new shape will come in handy and with dream-come-true benefits. It's the sultry, assertive bartender, Jo, whose eye Jason's hot female body catches, and he thoroughly enjoys letting Jo take charge and teach him every manner of pleasure a woman's body is capable of: his own and hers.

What listeners say about A Pussy of My Own

I didn't expect to enjoy this as much as I did, as this is not particularly a fantasy of mine. But it was very, very well written and performed, and I did like it a lot. The story wastes no time on explanations -- probably a good choice, as the explanations are usually less plausible than a mere mystery. The narrator, Jason, just wakes up one morning as a woman. After that, the (immediate) repercussions are actually explored in a well thought out and humorous fashion. Jason is an ordinary straight male pre-transformation. Afterwards, he naturally spends much of the morning exploring a woman's body from the inside for the first time. After a short interlude with a stunned male friend, the two of them go to a bar, whereupon Jason is quickly picked up by the hot female bartender, and they go back to her place for Jason's first lesbian experience. Performance was also good. I especially liked the differently gendered voices used (female, male, female-trying-to-pretend-to-be-male). The character of Jason is endearingly goofy and enthusiastic, which helped make this enjoyable and hot for me. I think the character and scenario are rich enough to support quite a few more stories, should the author be so inclined.

You want to know

That story make me want to know what if fell like to be a woman and try all sort of stuffs! Good story about gender-bending and sweet voice acting for it.

i loved it especially in the end with the lesbian fun. narrator's voice is sexy

I loved the narrator, who really has a beautiful voice and brought the story to life. I also found the body transformation to be well handled. An excellent production all around. I would highly recommend.

Tantalizing but, not exactly what you would expect

This book is absolutely fascinating in that it somewhat slowly explores what it would be like to wake up transformed into a fully grown, beautiful buxom woman. The author, Tina Tirrell explores this beautifully. You would expect that the main character might want to then experience what it might be like to be with a man but, not this time. This time, sapphic desires abound as a result of this transformation. Candace Young, the narrator does a stellar job in the telling of this short story. If you like this review as well as the audiobooks description than by all means buy a copy of this book. I received a free copy of this audiobook and I freely give my review and opinion of said audiobook.

I guess he learned to embrace the change really fast. I voluntarily reviewed this audiobook.

A quick listen and good story. Great narrator with a good voice. Could feel the emotions from the reading innher voice. Really wish there were more chapters and what happened next. A lot of great workup and building of the scene and people, some quick action and then done.

A lesbian story by her for him

Disclaimer: I received this book for free The story is made for heterosexual males who have a fantasy with lesbians. The story was short, to the point and clearly pointed at heterosexual males. The story have some cliché points but its nicely worded, The narration by Candace Young is amazing and hope to hear better stories performed by her.