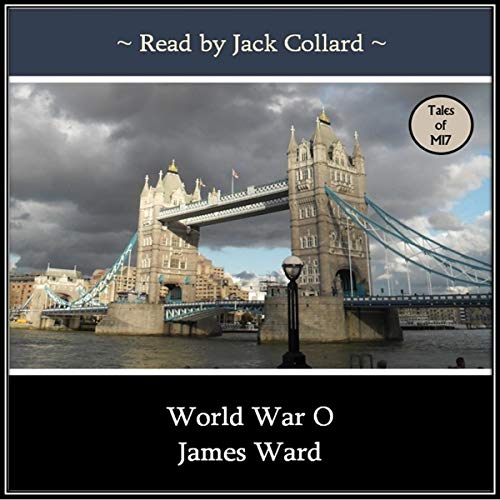 The World War Offshore...no one knows how it started or who’s behind it, but one thing’s for certain: It’s the biggest anti-capitalist demonstration the world has ever seen. Hundreds of thousands of demonstrators, spread across six continents, demanding an end to the “non-accountability of the one percent”, reregulation of the world’s financial services, and a new era of social justice.

MI7 takes the view that it’s a problem best left to the appropriate law-enforcement agencies - with the exception of one little detail. In order to get off the ground so effectively, its organizers had to bypass GCHQ in Britain and the NSA in America. A breathtakingly impressive achievement, and possibly an ominous one. Next time, whoever does that may not be so benign.

Agent John Mordred is assigned to investigate. His inquiry takes him halfway across the globe before depositing him in the Crown dependency of Jersey for what looks like a war of attrition. And then, completely out of the blue, there’s a breakthrough.

Written before the publication of either the Panama Papers or the Paradise Papers, World War O tackles one of the most hotly debated topics of recent times: taxation and corporate wealth. Just what, if anything, do the rich owe to the poor?

Your satisfaction is our credit.

This book is an absolute hoot: I haven't laughed so much for ages. And yes, it is a serious spy story, complex and convoluted, and involving the employees of M.I.7. John Mordred is erudite, witty and has a very devious mind and hence an asset to Ruby Parker, head of the red department. She wasn't able to attend Annabelle's wedding - she was at a funeral - but John was there, as was colleague Alec. It was, to say the least, memorable. But immediately after, all three were recalled to the department: breaking news was an outbreak of unexpected demonstrations all taking place worldwide in tax havens. And intelligence had not seen them coming. Another well written, fascinating spy story (not really James Bond, though, much more John is Carre), with excellent characterisation and humorous dialogue and interactions. Narration by Jack Co!lard is also very good, increasing personality, and wit, with his differentiated voicings, and English well articulated following of the text. It is a superb performance, befitting five stars were it not for the poor editing and the numerous occasions of restarts of phrases not omitted from the final recording. This does not distract much from the story but should have been removed for better fluency. This is book four of an intelligent and enjoyable series but is completely stand alone. And gloriously funny. My thanks to the rights holder who, at my request, freely gifted me with a complimentary copy of World War O, via Audiobook Boom. This is a book to hold the reader's attention, travel to exotic !ocations, stimulate immagination, raise questions, peek behind the powers of government and be a most enjoyable read. No fan of the spy genre should miss it

James Bond with even more class

This is a thriller about a spy that is involved in solving the World War O. This war is nothing more than a massive campfire with the usual expected violence that we seen in the news all the time now. I didn't think the social/economical problem is actually dressed, but the story captivated me as the thriller. Our hero is a spy, but not the ordinary orphan spy. This one has family, and in this story, they play an important part (his sister is actually the head of the movement on her honeymoon). The sarcasm humor and classy discussions are the interesting point in this story and the real focus, instead of the fighting scenes one could expect from the Bond movies.There are a bit of repressed flirting and the book ends with room to expand on that, so I'm definitely curious. I always love strong characters playing cat and mouse. As far as I understand, this may not be the first book in the serie, even though you can read it alone with no problem, but I did find a bit difficult to separate all the other small caracteres spies that have their own interesting personalities. The narrator does a good job in the story - I just loved the hero speaking tone super calm (and accent!) as it gives a lot for the story.

this book will make you think

World War O: John Mordred, Book 4. I like the series it is humorous and very entertaining. 9 hours flew by and I was fully entertained. Narration is good and very easy to listen too. There were a few audio faults with my copy - but in reality they were so slight and did not spoil the listening experience. I was given a free copy of this audiobook at my own request, and voluntarily leave this review.