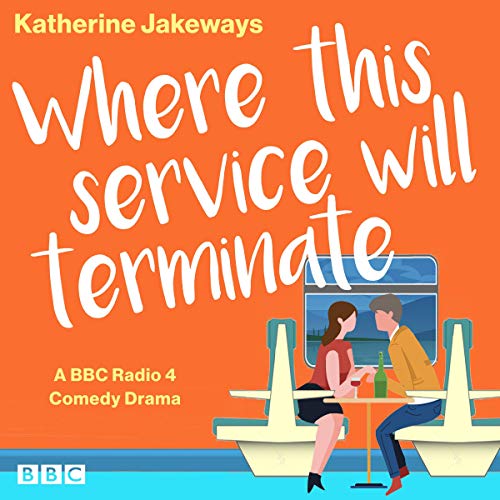 Where This Service Will Terminate

By: Katherine Jakeways
Narrated by: Justin Edwards,Rosie Cavaliero
Try for £0.00

Rosie Cavaliero and Justin Edwards star in this romantic comedy about a couple who meet on a train.

Suzie’s never been to Cornwall before, but one day she finds herself on the Cornish Riviera Express, hurtling from Paddington to Penzance. She sits next to David and over the course of an eventful five-hour journey an intense relationship develops. But both she and David are married, so they don’t expect to see each other again.

However, 15 months later, out of the blue, David lands in Suzie’s life again. Another five months pass and Suzie seeks David out, needing his help. Two years after their first meeting, David again turns up unexpectedly.

They’ve both enjoyed escaping their middle-aged lives together. But now there’s no escape from reality and it’s crunch time for Suzie and David. Should the duo make their love affair last?

Written by acclaimed actress and comedian Katherine Jakeways, creator of the much-loved radio sitcom North by Northamptonshire, this funny, touching drama stars Rosie Cavaliero (Gentleman Jack) as Suzie and Justin Edwards (The Thick of It) as David.

"Had me gripped from the start...Just lovely." (Miranda Sawyer, Observer)

What listeners say about Where This Service Will Terminate

Quite enjoyed this one! Not my usual dark thriller so took a while to adjust to the easy light-hearted story-line. To be fair the majority was amusing (to me) rather than LOL funny but there was one bit that did actually did make me cry with laughter. Every woman will know what I mean when they get to the make-over bit! Well worth a listen, it's definitely a happy story which made a nice change! Loved the actors playing the different parts. made it come alive.

This is lovely. Great story, perfect casting and the music and sound effects are excellent.
I have replayed this several times and expect to listen to it many times in future. It’s very funny, poignant and makes me feel good.
Thank you Katherine Jakeways.

If you need to smile have a listen.

This radio drama is wonderfully filled with echos of a Victoria Wood style humourous touch. It made me laugh out loud and smile a lot.
Its gentle, but funny observations on a developing relationship with all its complications are heart warming, hopeful and awkward in a truthful way. A perfect companion listen to keep you going during this pandemic!

Fantastic and an all time favourite

A brilliant piece of writing perfectly performed! I have listened over and over since first hearing it on Radio 4 and it never fails to make me smile. From the impromptu duets, to Yoghurt the dog and David’s ‘massive’ ones’ it is a delight. I long for more!

Oh this was so lovely to listen to, so simple yet so complicated - and yoghurt the dog!

I adore this book

The most beautiful, sad, glorious story of a brief encounter for our time. Katherine Jakeways is such a wonderful writer who fully comprehends the complexity of love and life and this is no exception.