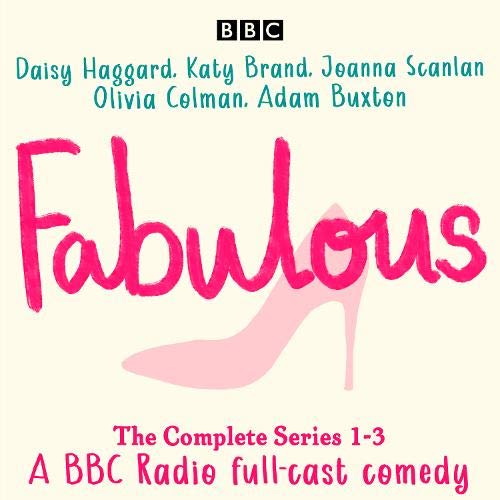 Faye Walters knows that today's women are sorted and stylish. They have the job, the house, the colour co-ordinated capsule wardrobe. They cope with the pressures of singledom, marriage and having kids with peanut allergies. And they all do it effortlessly, with nothing more than a women's mag and a poem by Pam Ayres to guide them.

So why can't she pull it off?

Everything would be fabulous if only she could wangle an invitation to her boss' wedding, buy a flat with her boyfriend and get her mum to loan her £10,000. But even with a new kitchen, an awards ceremony and her own engagement party to look forward to, she's still anxious. And life only gets more nerve-wracking as she prepares for a royal visit at work and her hen do - especially since she's having serious doubts about whether she wants to get married at all....

Starring Daisy Haggard (Breeders, Back to Life) as ditsy, neurotic Faye, this quirky comedy features a stellar cast including Katy Brand as Denise, Olivia Colman and Melanie Hudson as Edith, Laura Solon as Kim and Justin Edwards as Mark. Among the guest stars are Adam Buxton, Margaret Cabourn-Smith and Mark Lamarr.

What listeners say about Fabulous: The Complete Series 1-3