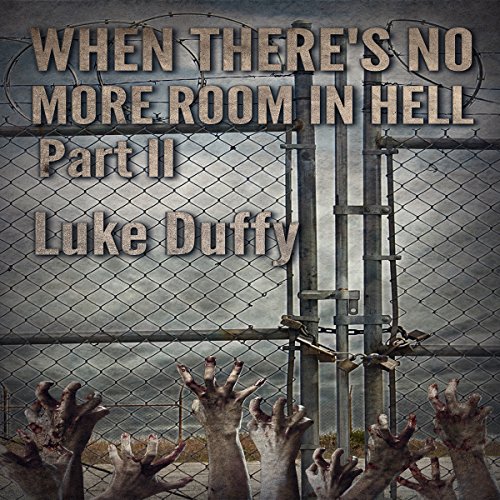 When There's No More Room in Hell 2

By: Luke Duffy
Narrated by: Jack Wynters
Try for £0.00

The Dead have conquered the Earth, devouring and destroying everything in their path as mankind is brought to the edge of extinction. After battling their way out of Baghdad, across the Middle East and into Europe, Marcus and what is left of his team are close to reaching their final objective. Now, they must continue their struggle against the hordes of rotting corpses that stand in their way as they travel the wasteland that had once been their home. As Marcus and his men press on, his brother, Steve, continues to hold together the band of survivors within the walls of the Safari Park. With danger all around, he soon discovers that they are fighting against more than just the undead.

the second part is just as enthralling as the first. fast passed action keeps you gripped.

good story liked it now for the next, book3

A good zombie novel, especially if you like this genre. The description is vivid; sometimes too much but in a good way, and it pulls you along with the characters.

Running low on mark tufo so tried this one out.

Nearly crashed my car when I laughted so hard at more then a few comments.

Where do I begin

This gets a star because I like zombies and that is all. First I don't understand why authors create stories where the characters have never heard of zombies. It's just irritating, especially if they have heard of vampires. Second, I can not handle hearing the word "corpse" one more time for as long as I live. That is not the only word that was overused either; that was just the worst. Many characters in zombie books lack common sense but half of these survivors are in a zoo, yet they never have any weapons and aren't smart enough to kill the "corpses" through the fence. The other half are soldiers with armored vehicles and constantly stop and leave their vehicles. How does the makes sense?!?! The whole story could have been shortened by at least half. There were so many extra words just added in that may have been there to add suspense but just made the whole book unenjoyable. It was really hard to get through and I finish every book so I don't waste a credit.