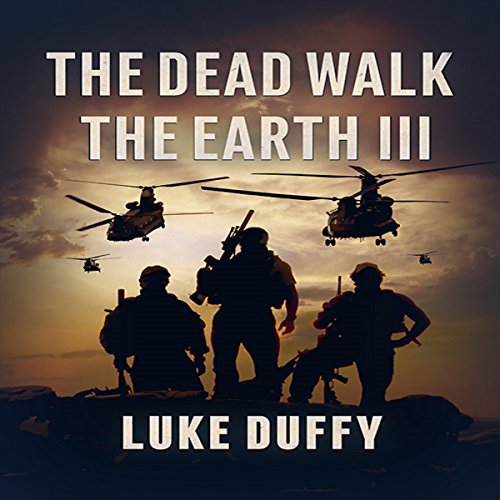 The city of London has become nothing more than a graveyard for the troops of Group South. Barely a handful of soldiers made it out of the bubbling cauldron and now, on the Isle of Wight, the war continues. In a desperate struggle to control the scraps of humanity, the living turn on one another with a savagery unsurpassed by the armies of walking dead.

As anarchy erupts, Stan and his team find themselves as the center of unwanted attention and are drawn into a vicious battle of attrition. Caught between the living and the dead and with few options, it soon becomes clear that the mainland, overrun with the infected, is their only chance at survival.

What listeners say about The Dead Walk the Earth: Part III

I was on the edge of my seat listening to this book, it was fast paced and action packed and an emotional rollercoaster of a read. I was hooked quickly and couldn't put it down, I can't wait to start the next book. I received this book in exchange for my honest review.

Just getting better and better

The groups are merging together, time is passing and the dead are still amassing - great story and 3 books in I am getting used to the narrator!! Of to start book 4

Story line still keeps you wanting more. Accents still so so bad .... over all it's still a winner

like the story but it was over before I could get into it. seemed to be a bit split over to many characters