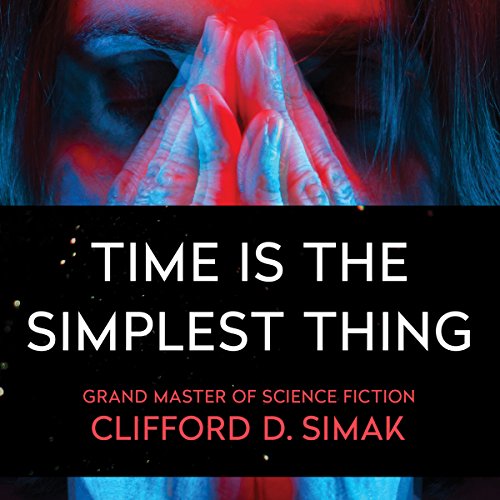 Time Is the Simplest Thing

A telepath inadvertently acquires a powerful alien consciousness and must run for his life to escape corporate assassins and hate-filled mobs in this enthralling science fiction masterwork.

Space travel has been abandoned in the 22nd century. It is deemed too dangerous, expensive, and inconvenient - and now the all-powerful Fishhook company holds the monopoly on interstellar exploration for commercial gain. Their secret is the use of "parries", human beings with the remarkable telepathic ability to expand their minds throughout the universe. On what should have been a routine assignment, however, loyal Fishhook employee Shepherd Blaine is inadvertently implanted with a copy of an alien consciousness, becoming something more than human. Now he's a company pariah, forced to flee the safe confines of the Fishhook complex. But the world he escapes into is not a safe sanctuary. Its people have been taught to hate and fear his parapsychological gift - and there is nowhere on Earth, or elsewhere, for Shepherd Blaine to hide.

A Hugo Award nominee, Time Is the Simplest Thing showcases the enormous talents of one of the true greats of 20th-century science fiction. This richly imagined tale of prejudice, corporate greed, oppression, and, ultimately, transcendence stands tall among Simak's most enduring works.

What listeners say about Time Is the Simplest Thing

Brilliant story, well told. Unpredictable and imaginative. One of my favorite ever Sci-fi books.
Highly recommend.

An old SciFy story but a good one.

An old science fiction story, but a good one. I first read this story over 50 years ago. I'm glad to see it in audio format.

An example of the nievete of the '60s.

If you like Heinlein's style drivel you 'I'm love this. Psi power will save us from ourselves.