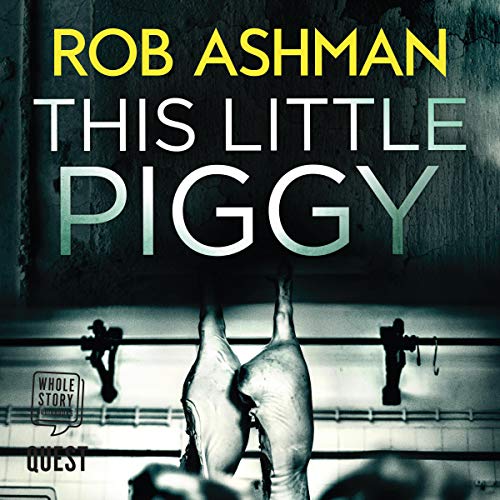 Best-selling author Rob Ashman is back with a serial killer thriller you don't want to miss.

Kevin Palmer is a regular sort of guy, or he was until his life fell apart. His wife, his money, his business and his reputation are all taken away from him. He tries to fight back and ends up in prison.

There, he concocts elaborate fantasies to wreak vengeance. He is sent to work in an abattoir, and the final piece of the jigsaw falls into place, with chilling consequences.

Then a cruel twist of fate changes everything. DI Rosalind Kray is battling her own demons, having returned to work following a brutal attack. She finds herself on the trail of a sick and twisted killer and cracks the macabre pattern of murders. But her boss is unconvinced. Kray has Palmer squarely in her sights. But he has other ideas. Can Kray break him in time to save the final victim? Time is running out.

What listeners say about This Little Piggy