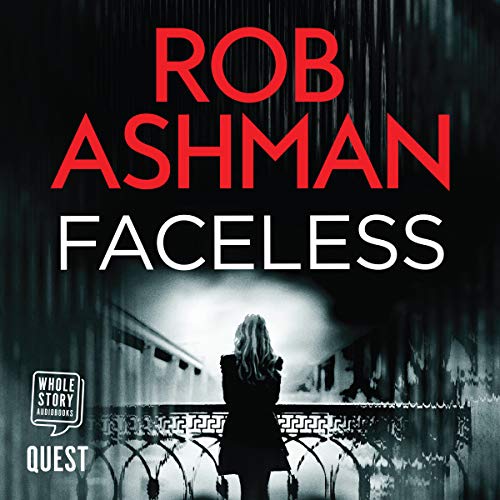 An unmissable new serial killer thriller from the author of The Mechanic Trilogy.

After surviving a vicious knife attack, which left her husband dead, DI Rosalind Kray returns to work and is handed a serial killer investigation. This killer is different; he doesn’t just want to take the lives of his victims, he wants to obliterate their very existence.

The murders appear random, but the killer selects his quarry with meticulous care. While fighting her superiors, Kray must conquer her own demons, which are tearing her apart. She has the ability to think like a killer, and her skills lead to a series of horrifying revelations that turn the case on its head. She believes she is getting close, then her world comes crashing down, with devastating consequences.

Will Kray find the murderer and escape with her own life intact?

The truth is closer than she could have ever imagined....

What listeners say about Faceless

Rare that I don't make it more than a couple of hours into a book but this is unfortunately one. I think the story and characters seem decent enough but having enjoyed him in the past I just couldn't get on with Nicholas Camm's narration in this one at all. In the Damian Seeker series he fitted nicely into the gruff tones of the male leads.

In this one where there is a far greater need for realistic feminine characters his limitations are unfortunately laid bare and I found it hard to listen to. For a lot of the narration Camm sounds bored or contemptuous of the story but worse comes once he's asked to inject a little femininity into his characters, they almost sound like they are struggling for breath as they talk.

A shame as I think the story was developing nicely so if you like the sound of the book's plot try the sample that Audible makes available before purchasing and if you are happy with that go for it but personally I just can't deal with it so it's going back.

I would have liked to have listened to this audiobook but the narrator was so terrible that I had to switch off and return after only half a chapter. I’ve never found a narrator so irritating! Shame because I thought the story might have had some promise.

Narrator is annoying from the start. His voice going loud to quiet whilst saying a single word!! I tried to see it through but just couldn't. Shame really because it seems quite a good story

I hate to say it but it was the narrator who spoilt this for me. Same strange intonation for every sentence which made it really monotonous. Once you notice it, it really grates on you. Shame really as it’s a decent story.

Gripping and visceral from ch1

The story threads it’s way through a detailed and elaborate drama following the main protagonists as they compete at opposite ends of the law. Kray is a likeable yet depressing character who hates life but loves her job as the only thing she’s good at. Her intuition is unparalleled in her team meaning she keeps a step ahead but the killer is further down the path.

Narration was really poor at the start but it either improved or grew on me I am not into rely sure. I actually liked how he portrayed the killer and rampton. Some like the female hostess in the end were too overplayed though to be believable.

To sum up I’m hooked on the storytelling after months of only reading fantasy! This is my first crime book and it won’t be my last.

When you read or listen to a book, you spend time with the characters. A big mistake here. All of the characters are horrible. The author had to make the adversary unbelievably brutal in order to make him more obnoxious and unlikeable than the protagonist. I would have just taken this book out of my library quietly, but if I don't let Audible know, they'll recommend other books like this one. No. Please don't.

I don't know for certain how I feel about the story itself because the narrator is SO distractingly annoying. He sounds like he's straining all the time and intermittently uses a weird sing song. I tried to tough it out, but had to give up.