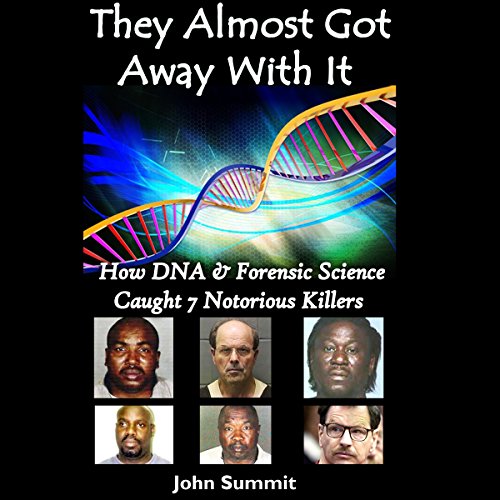 They Almost Got Away with It

They Almost Got Away with It

In his sixth book in the True Crime Series, John Summit thoroughly examines the origins of DNA and how advancements in DNA analysis around the world have propelled law enforcement and crime scene investigation into a new era.

DNA evidence, a mere 30 years following its initial and hesitant acceptance, has served as an incredibly powerful technique in identifying not only current criminals, but those who literally lived their lives believing they had gotten away with murder - only to have forensic science ultimately catch up with them.

You will be shocked and astonished as Mr. Summit takes you through some of the groundbreaking cases where DNA was able to assist law officials in capturing some of America's most prevalent and violent murderers. Some of the cases profiled are infamous, others you may never have heard of, but the criminals in this audiobook share one commonality - they were on the loose until those microscopic molecules known as DNA nabbed them for good.

Today, beneath the complexities of DNA collection and analysis, we can rest assured that it is the singular most beneficial way for scientists, the medical community, and government agencies to be able to identify a suspect using his or her unique genetic blueprint.

If you've never heard any of Mr. Summit's work in the prior volumes of his True Crime Series, this audiobook is a great place to start and is a real brain tweak.