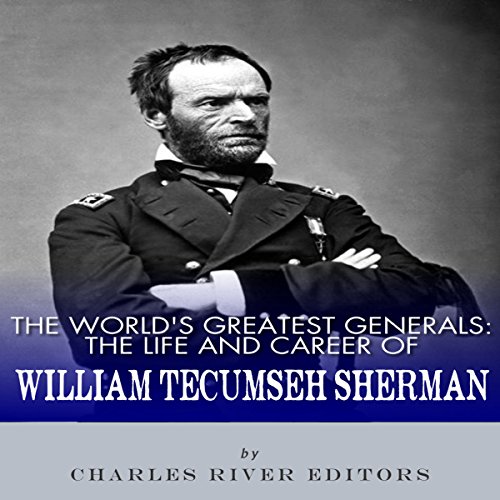 The World's Greatest Generals: The Life and Career of William Tecumseh Sherman

The World's Greatest Generals: The Life and Career of William Tecumseh Sherman

William Tecumseh Sherman (February 8, 1820-February 14, 1891) holds a unique position in American history. Synonymous with barbarity in the South, Sherman is lauded as a war hero in the North, and modern historians consider him the harbinger of total war. As a General in the Union Army during the American Civil War (1861-65), Sherman was recognized for his outstanding command of military strategy but criticized for the harshness of the "scorched earth" policies that he implemented in conducting total war against the Confederate States, especially in 1864 and 1865. Military historian BH Liddell Hart famously declared that Sherman was "the first modern general".

Sherman spent a majority of the war out west, although it is often forgotten that he was a brigade commander at the First Battle of Bull Run, and that the Civil War actually finished with General Joseph E. Johnston surrendering to Sherman weeks after Appomattox. By 1865, Sherman was the second most popular general in the North behind Grant, and history has accorded him a strong Civil War legacy.

Nevertheless, Sherman remains controversial across much of the United States today. He was unquestionably instrumental at battles like Shiloh, his victory in the Atlanta Campaign reassured Lincoln's reelection, and his March to the Sea revolutionized total warfare. At the same time, the South considered him akin to a terrorist, violating the norms of warfare by targeting civilians, and accuse him of needlessly burning Atlanta and Columbia. In many ways, Sherman is still the scourge of the South, nearly 150 years after he vowed to make Georgia howl.