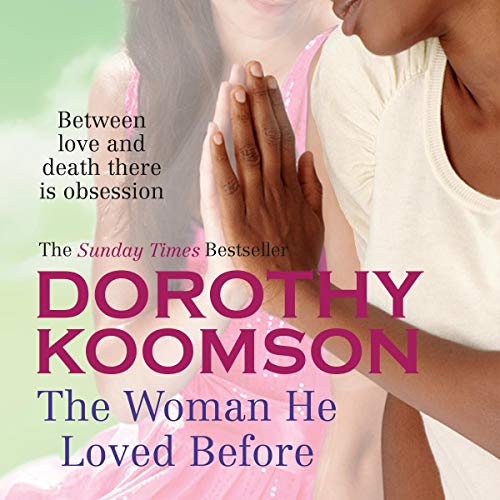 The Woman He Loved Before

By: Dorothy Koomson
Narrated by: Adjoa Andoh
Try for £0.00

Libby has a nice life with a gorgeous husband and a big home by the sea. But over time she is becoming unsure if Jack has ever loved her – and if he is over the death of Eve, his first wife.

When fate intervenes in their relationship, Libby decides to find out all she can about the man she hastily married and the seemingly perfect Eve. Eventually Libby stumbles across some startling truths about Eve, and is soon unearthing more and more devastating family secrets. Frightened by what she finds and the damage it could cause, Libby starts to worry that she too will end up like the first woman Jack loved. . .Tense and moving, The Woman He Loved Before explores if the love you want is always the love you need – or deserve.

What listeners say about The Woman He Loved Before

I loved this book. The narrator was excellent - her expressions and the accents and voices she used added so much to an already addictive story. The two main female characters were very likeable and the story moved at a fast pace with no let up. I didn't want to stop listening and was sorry when it was over. Thought provoking, sweet and sinister all in one book!

Such an insightful thriller

It starts as a romance and develops into a thriller carrying you along so fast that you find chores to do just so that you can keep listening. Dorothy Koomson seems to get into the very soul of her characters. You live the highs and the lows with the characters until there is nothing but lows, some of which are seriously harrowing. The story of desperation leaves you wondering if you would be so strong as for every good time there seems to be the let down deeper into the mire of hidden suffering each time.

Adjoa Andoh is one of the narrators that I will look for as I cannot be sure if I would have enjoyed the story had I read it myself. She pitches it just right getting the tone of the character she is reading to pitch out the emotion adding a layer that you would not get from the words alone.

This is my second audio book of this pairing - I'll be looking for more.

Dorothy Koomson is a first class writer and this book kept me gripped from start to end. The ending was unexpected and excellent. Adjoa Andoh is probably one of the best narrators I have ever listened to with a fantastic range of accents and tones. I loved this book and will be looking out for more.

This story started gently, but, a la Ms Koomson style, you really really will not be disappointed-trust me-you won't need to wait long for the tension to start!
I loved Eve so much and think she was such a strong character.
I could not pull my ear plugs out-the house has never been cleaner, and the garden no tidier...
The narrator was perfect for this stort-which was not long enough.
Well done Dorothy Koomson

Wasn't expecting such a spine chilling listen. As Libby, the second wife found and read the diaries of Eve the dead first wife I thought I could guess where this story was going...how wrong I was, much to my delight! The narration was brilliant, the delivery added to experience, I am sure had I been eye reading I would have given excited animated voices which would have been very wrong.The ending, again not the expected gave me great satisfaction, a quiet justice. I recommend this listen to everyone, didn't even come close to guessing.

I've been a huge fan of Dorothy Koomson since watching the TV adaptation of The Ice Cream Girls, and then picking up the book. I've been lucky enough to read and review several of Koomson's latest releases ahead of time, but I saw this audiobook while searching for a new one, and immediately knew I'd enjoy it.

For those who don't know, Koomson's books are rarely what they seem. I always think her books are wrongly categorised - put into the romance section, perhaps, without giving any idea of what they're really about. I'm no romance fan, but Koomson manages to create realistic relationships, while throwing in a bit of domestic noir.

The Woman He Loved Before is one of the darker books by Koomson. It may centre around Jack, Libby, and Eve, a love triangle that is far more complicated than it first appears. Eve is dead, and, despite years of marriage to and living with Jack, Libby feels her presence haunting their lives. But when she finds Eve's diaries, the horrific truth becomes apparent.

I can't tell you the amount of times I shook my head and thought, poor Eve. She had a rough life, which was sometimes very difficult to listen to. This should come with a warning of sexual violence (though not overly graphic), and emotional control. Without giving too much away, Eve finds herself in London aged 16, after running away from home and an abusive stepfather. She has no skills, few qualifications, and is drawn into a world that sucks young women in, and bleeds them dry. There begins a spiral of abuse, shame, and terror. Poor Eve.

I particularly like Koomson's way of bringing in the solidarity and strength of female bonds, the sisterhood. Like books by authors such as Liz Fenwick, Koomson's books are quietly feminist. Koomson is a black woman, and so her characters allow us to view the world from another perspective. Any writer wishing to include more characters of colour in their work should see how Koomson does it. I can only hope that my own characters of colour do her influence justice.

Also, I'm now a big fan of the narrator too, and will look out for more of her work.

You won't be able to put this one down!

Fantastic! Another great read!! omgsh this book took me through so many emotions this needs to be a film, series whatever it needs to be done. The twists & turns, the development of all the characters so much happened in this book but what I loved the most is that I never got lost .... actually I did get lost in the book I could not stop listening. The whole story telling was amazing and so beautifully done. Another one of Koomson's finest!

this book was a recommendation and I did enjoy it j felt lots of emotion of thrills, loss and love with a tinge of fear, a great read

I loved this book, some unexpected twists and kept me interested the from start to finish.

This is a brilliant book, I had to listen to it for hours everyday as it was so gripping. A story of love, loss and family deception, highly recommended!