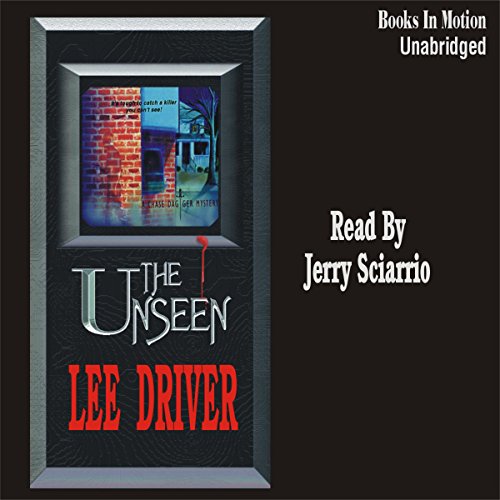 By: Lee Driver
Narrated by: Jerry Sciarrio
Try for £0.00

Someone has found a way to commit the perfect crime...repeatedly. None of the witnesses or surveillance cameras recording the crimes can reveal the assailant. Cedar Point Police Sergeant Padre Martinez believes the assailant is an old nemesis, a computer savvy ex-con who has manipulated cameras in the past.

But when the murdered bodies of a research scientist and his wife are discovered, things get complicated. Not only are the ex-con's prints found in the scientist's home, but the deaths also attract the interest of the FBI, CIA, NSA, and Department of Defense.

Exactly what was the scientist working on and what connection, if any, does he have to the other cases? Are the crimes really the doing of a high-tech genius or is there something more sinister at work? With dogged determination, Sergeant Martinez has uncovered substantial evidence all pointing at his number one suspect...that is, until Martinez, himself is accused of planting the evidence and removed from the investigation. Now Padre Martinez must depend on his old friend, Private Investigator Chase Dagger, to clear his name and get his suspect.

What listeners say about The Unseen