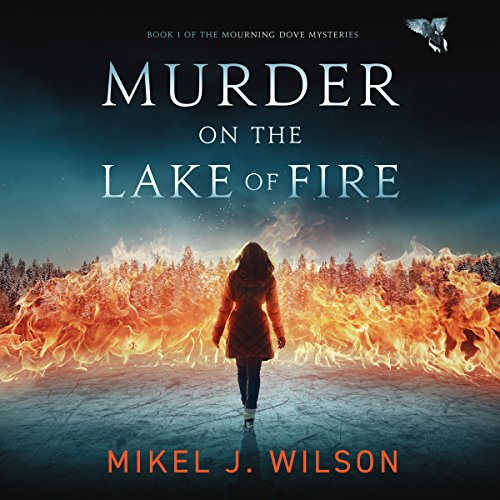 Murder on the Lake of Fire

At 23 and with a notorious case under his belt, Emory Rome has already garnered fame as a talented special agent for the Tennessee Bureau of Investigation. His career is leapfrogging over his colleagues, but the jumping stops when he's assigned a case he fought to avoid - an eerie murder in the Smoky Mountain hometown he had abandoned.

The mysterious death of a teen ice-skater once destined for the pros is soon followed by an apparent case of spontaneous human combustion. In a small town bursting with friends and foes, Rome's own secrets lie just beneath the surface. The rush to find the murderer before he strikes again pits him against artful private investigator Jeff Woodard. The PI is handsome, smart and seductive, and he just might be the killer Rome is seeking.

What listeners say about Murder on the Lake of Fire

I thoroughly enjoyed this book. I had read it before listening to it, and had enjoyed it then, but Hugh Bradley really got the characters across well; there was good differentiation between them and you didn't get confused as to who was speaking at any point. The mystery itself was well laid out and the ending presents interesting possibilities for the future on a number of fronts. Emery and Jeff's relationship comes across well and I'm looking forward to the next book in the series and I hope it will also become available in audio.
I'm definitely going to be listening to this again. Highly recommend.

I enjoy good mystery, and I as kept guessing all along. It could have gone a lot of ways, and Wilson kept us on track with a few well placed and integrated sub plots. Enjoyed the telling and the take.

Not my cup of tea & needed better reviews--

I actually read available reviews when looking for a mystery set in the Smoky Mts. but the most "helpful" Audible reviews left out the contrived, awkwardly written gay romance part. Since I stopped reading Harlequin romance books around age 17, I'm going to take a pass in decade five on gay romance with mystery thrown in. This isn't my cup of tea. I'm not going to finish the book and will ask for my credit back. If either of the two "helpful" reviews had mentioned this aspect, I could have saved myself several hours of wasted time.

Entertainment and twisted mystery. Had some trouble with suspension of disbelief when it came to law enforcement procedures.

Narration was pretty good, but there did seem to be a sense of listening in a tunnel throughout the narration.

Definitely interested in learning more about the characters in the next book.