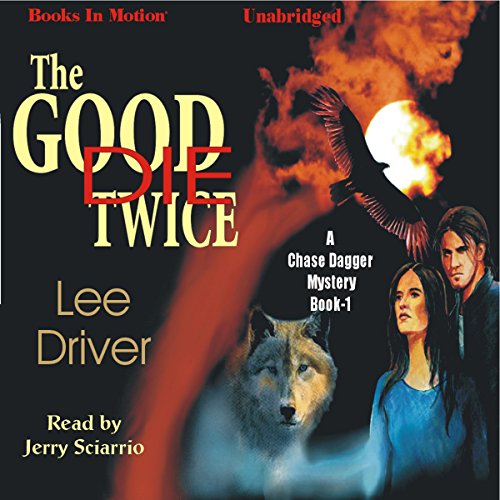 By: Lee Driver
Narrated by: Jerry Sciarrio
Try for £0.00

Chase Dagger is a private detective with seemingly no past, an on-again off-again fiancee, a scarlet macaw with photographic memory and an attitude, and Sara as his beautiful and mysterious young assistant.

Chase also seems to only inherit the most unusual of cases. Such as when Sara witnesses the murder of a woman she cannot identify. Then, while visiting the Tyler Mansion, she sees a picture of Rachel Tyler. The woman in the picture appears to be the murder victim, except she was supposedly already dead. Rachel couldn't be dead again...could she? Who would want to kill her again, and why?

It will take all of Sara's mysterious abilities, and Chase's skill as an investigator, to discover how Rachel could die twice.

"The attendant breezy sex, violence, and action, coupled with bits of Indian lore and Einstein the talking macaw, should have readers clamoring for the projected next novel." ( Library Journal)

What listeners say about The Good Die Twice

Would you try another book from Lee Driver and/or Jerry Sciarrio?

It is an interesting read. It takes some effort to get into the shape shifting fantasy genre but hang in there it is afterall "entertainment".

If you’ve listened to books by Lee Driver before, how does this one compare?

This was my first.

Disappointed the story line was to me a bit jumbled, no real flow.