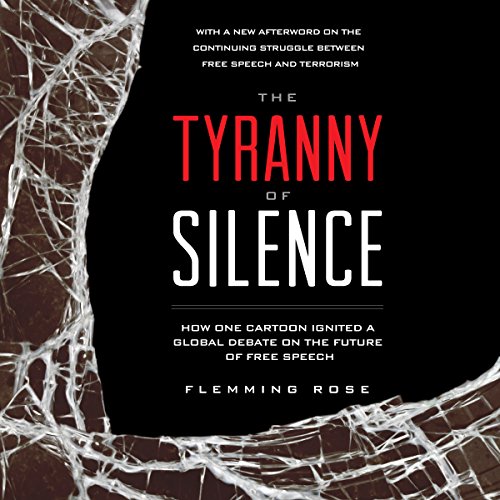 The Tyranny of Silence

By: Flemming Rose
Narrated by: Scott Feighner
Try for £0.00

When the Danish newspaper Jyllands-Posten published the cartoons of the prophet Mohammed nine years ago, Denmark found itself at the center of a global battle about the freedom of speech. The paper's culture editor, Flemming Rose, defended the decision to print the 12 drawings, and he quickly came to play a central part in the debate about the limitations to freedom of speech in the 21st century. Since then, Rose has visited universities and think tanks and participated in conferences and debates around the globe in order to discuss tolerance and freedom. In The Tyranny of Silence, Flemming Rose writes about the people and experiences that have influenced the way he views the world and his understanding of the crisis, including meetings with dissidents from the former Soviet Union and ex-Muslims living in Europe. He provides a personal account of an event that has shaped the debate about what it means to be a citizen in a democracy and how to coexist in a world that is increasingly multicultural, multi-religious, and multi-ethnic.

What listeners say about The Tyranny of Silence

A Great book on Freedom

Read this book, for times are hard for the ideas of Freedom of speech and Real Democracy. We have to stand up against the Tyranny of Silence.