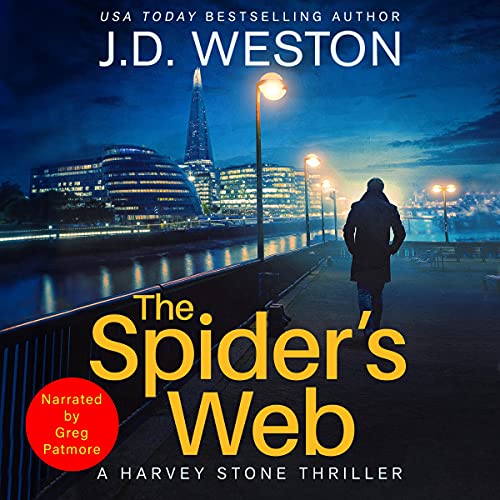 To catch the spider, he must become the fly....

When a serial killer takes his next victim and evades arrest for the third time, a police leak is suspected. An internal investigation is launched, and Detective Inspector Mark Debruin is identified as the lead suspect.

However, with his dying daughter awaiting a transplant in hospital, and a prison sentence hanging over him, Debruin can ill afford to waste time. He has just one chance to prove his innocence and to save his daughter - he must find the killer before it’s too late.

But, with every step he takes, he uncovers a web of blackmail, lies, and murder. He can trust nobody, not even his partner. The only way forward is to enter the web.

Hunted by the police, and with his daughter’s time running out, Debruin must pick his way through the killer’s victims to discover the truth before he strikes again - but little does he know, the truth will destroy him and everyone he loves.

Set in the grimy back streets of London, this British detective novel is a roller-coaster ride of murder, mystery, and suspense, laced with cruel twists that will keep you resisting to pause.

The Spider’s Web is the second novel in the brand-new British crime thriller series from award-winning crime writer J.D. Weston. If you enjoy TV crime shows such as The Line of Duty, The Fall, or Luther, or if you like books by JD Kirk, Stuart MacBride, and Peter James, then you will love J.D. Weston’s pause-resisting crime series.

What listeners say about The Spider's Web

Greg Patmore's narration was so spot for this great British Thriller. He made you feel characters emotions.


This book has suspense, intrigue, is action packed.

Harvey is faced with a blackmailer who uses his power to make people do his bidding. I wanted to keep listening to find out how, why , who.

Hooked from the beginning!

Literally did not want to put this down! Right from the beginning it gets going and there’s a ton of mystery, intrigue, fights and chases.
One of my favourite thriller series that has you not sure who to be rooting for!
Can’t wait for more of this!
Greg’s narration is brilliant with perfect pacing for the style of writing, great character voices and had you feeling right in the middle of it all. Excellent!
This is my honest opinion on a free review copy.

This is a brilliant book to listen to. Like the others it keeps you gripped. Would recommend it. Full of twists and turns. And how the story all links together is so well written. Great narration as always

A quick fast paced thrilling story that captivates from start to finish. The world building and narration are on point, with great characters. This is the second book in the series, the first one was great also. I look forward to the next book, hopefully there will be one. Greg Patmore does a fine job narrating...Definitely recommended.

We are big fans of the Stone Cold Killer series so have been really happy to see Harvey Stone back in action. The Narrator, Greg Patmore, does a fantastic job bringing the characters to life.