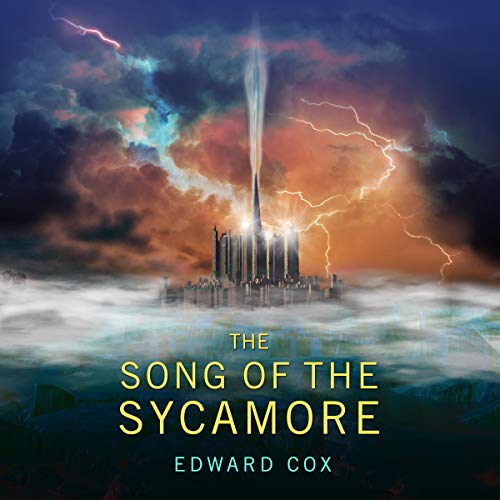 The Song of the Sycamore

By: Edward Cox
Narrated by: Geoffrey Breton
Try for £0.00

On the broken world of Urdezha, Wendal Finn died on the hostile plains of the wasteland, one more casualty in the endless war between the city-dwellers and the clansfolk. But now Wendal has returned to his home city of Old Castle, possessed by something he brought back from the wasteland, something old and best left forgotten. The spirits are calling it Sycamore, an ancient entity out to avenge all victims of murder. And in a city like Old Castle, no one is innocent.

With his mind trapped inside a dead body, Wendal can do nothing but watch as Sycamore turns him into a serial killer. Until the magicians take an interest in him. Preserving Wendal's body and trapping Sycamore inside it, the magicians now have the perfect assassin at their disposal. Whenever they need an enemy removed, they can set the killer loose on Old Castle. Between these moments of horror, Wendal struggles to piece together the remnants of his former life. He wants to know why his wife died while he was fighting in the war, but no one will tell him, no one wants him to know. Left to his own devices, Wendal picks at the scabs that cover the dark secrets of the magicians and reveals a threat to every city on Urdezha.

The clans are massing. A supernatural storm is raging across the wasteland. It has already destroyed one city, and now it is heading for Old Castle. And the only one who might prevent oblivion is the murderous entity the spirits are calling Sycamore.

What listeners say about The Song of the Sycamore

I am a massive fan of The Relic Guild trilogy, so I was eager to read this book. When I heard this book was available to pre-order, I bought it without even reading the synopsis. The Song of the Sycamore is a dark fantasy full of twists and turns. I loved it!

Wendal Finn is a fascinating character, and I liked him a lot. Two rival factions are battling it out for control of the city of Old Castle in the land of Urdezha – the Quantum (the Scientists) and the Salem (the Magicians), while outside the city walls, the Clansfolk wage their war against both. Wendal is a soldier fighting in a conflict between the city-dwellers and clansfolk. While out in the wastelands, Wendal "dies" and finds himself trapped in his body. The poor man finds himself hosting an entity that the spirits (ghosts) call Sycamore and becomes an instrument of vengeance. When the magicians manage to track and trap Sycamore, Wendal finds himself between a rock and a hard place. The world of Urdezha is in turmoil, and all Wendal wants to do is find out why his wife took her life.

Geoffrey Breton narrates the audiobook. I thought he did an excellent job of bringing the story to life. I love his reading voice.

There are some interesting characters that Wendal encounters. The mysterious Magician and Wendal's custodian, Dyonne Obor. She plays a pivotal role in this tale. Then there is Wendal's friend and neighbour, Ginnell (Nell) Memphis. She is just as messed up as Wendal, having fought in the war too, but she is loyal and has a wicked sense of humour.

I started to listen to this book and found myself a little confused as to how Sycamore came to be in Wendal as the author began the story after the event. However, as I listened, I quickly became hooked by the dilemma Wendal faced - both under the control of a vengeful being, and controlled by the magicians while looking into his wife's death and the connection to the scientists. I found myself commiserating with Wendal as he tried to navigate his new life. There are several twists and turns that surprised, shocked and pleased me. The author has created a rich tapestry of intricately woven words that captivate, horrify and surprise. There is a scene that just about tore my heart out, and I cried alongside Wendal. As the story unfolded and Wendal uncovered secrets that no one wanted him to unearth, I found myself rooting for him, though I did find his amiability towards his situation in the beginning rather strange. There was no anger or angst, only resignation and acceptance. By the time I reached the end of the book and discovered Sycamore's reason for inhabiting Wendal, I felt connected to the characters and was sad to say goodbye to them.

Edward Cox has written an excellent stand-alone dark fantasy. I love his fast-paced writing style, as well as his attention to detail, the world-building and character development. The flow is excellent too. Ever since I read his debut series, The Relic Guild trilogy, I have become a fan of this author.

I do not recommend this book to younger readers due to some of the subject matter and violence. There are no scenes of a sexual nature, though, so parental guidance advised for the violence. I do, however, highly recommend this book if you love science fiction, dark fantasy, horror, mystery, and suspense genres. - Lynn Worton

An incredible experience listening to Wendell's/Sycamores story on Odessa. Mr. Cox wrote a very dark but engaging novel about a man trying to find his wife while being hosted by an usher of the dead who. Magic is pulled from "ether Crystal's and is used in unique ways to power things in the city as well as other unique useful items. There is a history of an ancient civilization that is explored and provides additional wonder and insight into the characters background. I will say no more about the store but is a gimme for any dark/grim alternate history fantasy fan.

The narrator was well chosen and did a superb job being the color to the writers picture.

Fantastic listen and well worth the credit