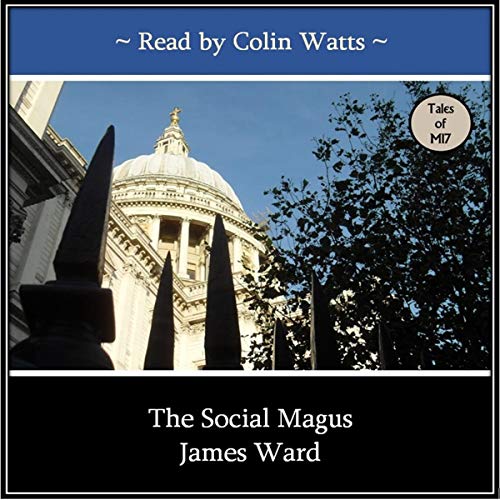 Everyone knows UK general elections aren’t what they were. British politics, Westminster in particular, is mired in an integrity crisis. Expenses scandals, cash for questions, a tainted honours system, and other wrong-turns have deeply disillusioned the electorate.

Enter Real Alternative, a bold new party with a youthful, charismatic leader, and a radical manifesto. True, it stands to win very few seats, but what matters more is that it has galvanised the young and apathetic. And apparently, it has the establishment running scared. Yet it may be more vulnerable than appears. Who’s funding it? No one quite knows. If its backers are foreign, that would constitute a clear breach of electoral commission rules. Which would please a lot of people in Whitehall.

Agent John Mordred is assigned to investigate. What looks at first like a routine probe becomes much more when he discovers not only that his own sister is an integral part of Real Alternative’s setup, but that she’s having a relationship with the party leader. And that someone wants both of them dead.

The Social Magus is the first of the Tales of MI7 series to be set mostly in London. Written in the run-up to the 2015 general election, it examines some of the trends and concerns that later materialised in “Corbynism” and the Momentum movement.

What listeners say about The Social Magus

I struggled a bit with this one. I think I may have enjoyed the story more with a different narrator. His voice was good, but, even allowing for the author’s injection of humour throughout the story, he was just too loud and perky for me. Also, I felt the characters were a little lacking in depth. It is interesting and unusual to have an espionage tale where the protagonist is not intense though. I would consider listening to another offering by this author, narrated in a more sober tone, allowing the humour to be less ‘in your face’.

I was given a free audio copy of this by by the author, via Bookboom, in exchange for an honest review.

You're not George Smiley and you're not James Bond

Book five in the excellent Tales of MI7 series, but these can be read in any order.
With a general election imminent, the established order is shocked by the unexpected rise of a new political party, Real Alternatives, or R.A., led by the charismatic Chapman, which was rapidly gaining attention and supporters. John Mordred, from MI7, is ordered to investigate, coils an assassination attempt and discovers his sister, Julia, loves, and believes herself loved by, Chapman.
A delicious mix of family, British politics, spies, Russians and murders, plus the mysterious fact-or-fiction? Constantius Soper, all bound together with humour and mystery. This book is well written with good, natural dialogue and a truly convoluted plot so bizarre it could easily be true - even down to poisoned umbrellas.

James Ward has written a great series based around the unlikely young spy, John Mordred. Sent in various books in different locations around the world, this book is based mostly in London. The reader is given a great sense of place, the atmosphere and surroundings conjured up with few words. Similarly, characterisation is excellent, the protagonists living their way through the stories. This is enhanced by the very English narration of Colin Watts who reads with humour, great pacing and intonation. Although he does not attempt to give individual voices to each of the characters, instead reading rather than performing, this perversely adds to the character of the book rather than detracting from it.

I was very fortunate in being freely gifted with a complimentary copy of The Social Magus, by the rights holder, after I requested it via Audiobook Boom. Thank you so much. I have enjoyed every one of the John Mordred books that I have read. They are not always an easy read, demanding attention if the reader is not to get lost in the complexity of the p!ot, but so well worth the concentration as they are quirky, amusing and very satisfying. Highly recommended.

The Social Magus,
I'm a fan of the John Mordred character, he is a unique character, a man who doesn't quite fit into the world of British security services.
It is quite a long book - it needs the length to deal with a complex plot and it does so in a very satisfactory manner.
When you finish this book you'll be looking for more.
Narration is clear and concise.

I received a free copy of this audio book at my own request, and voluntarily leave this honest review.

If it was shorter that would be a disservice to the plot and the characters, so just prepare yourself for a book that takes several days while trying to entice you into reading far into the night. Lots of entanglements, plot twists, and red herrings along with some characters who are just too realistic. I think it's awful that this is book five and now I want to hunt up the earlier ones and binge read them!
It also comes as audio, but I really didn't like the narration.