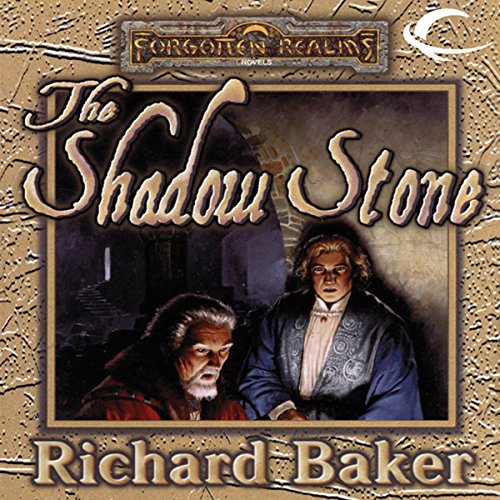 Experience New York Times best-selling author Richard Baker’s classic novel set in the high-fantasy world of the Forgotten Realms. Accosted by bullies on a forest trail, Aeron had no way of knowing that the confrontation would change his life forever. Accused of a crime for which he bears no blame, he is pursued deep into the forests of the Maerchwood. First rescued, and then tutored, by the mysterious Storm Walker, he discovers a previously undreamed-of talent for magic, and his life is swept up in the study of the arcane arts, until the very principles of magic, and indeed the future of Faern, come under attack from the unspeakably evil influences of the Shadow Stone.

What listeners say about The Shadow Stone

So nice to read a stand-alone story!

Finally, a story that is not a trilogy! Great story, real and memorable charecters, and a great reader make this a fantastic listen.