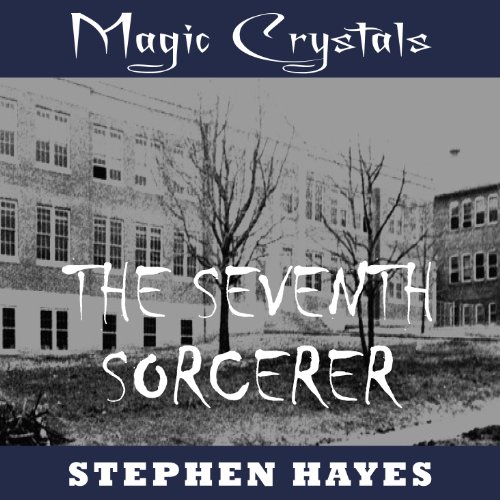 By: Stephen Hayes
Narrated by: Nick Flint
Try for £0.00

On the surface, Chopville appears not unlike any other small town in rural Australia. However, its underbelly is more than extraordinary.

Within its modest community reside six people from two very different families - they make up the six most powerful people in the world today.

Branded as "Sorcerers," they are the only six people in the world with true magical power. Yet these two families do not cooperate together and although there is no open fighting in the year 2010, things weren't always that peaceful.

John Playman knows this as well as anyone; at the age of 14, he is familiar with the concept of magic, having been raised in a family heavily involved in the Magical War 30 years earlier, even though he has never met any of the Sorcerers himself.

This year, however, all that is about to change; John and a group of his school friends will find themselves in an unprecedented situation and carrying a responsibility almost too great to comprehend.

John and his cohorts struggle on two fronts with their hormones raging and with the discovery of whom among them is to become The Seventh Sorcerer.

What listeners say about The Seventh Sorcerer

Desperately in need of an editor!

This book is shockingly bad! As someone who is remarkably tolerant of audio books - I'll listen to genres that I would not be able to tolerate in written format - but this is impossible. I waded through, and kept going in the hope that it improved, but no! The narrative is heavily dependent on some very basic stereotypes, and stumbles from one cliché to another. A good edit is desperately needed. I found it impossible to finish.The narrator does his best, but the story is just too weak to work with.