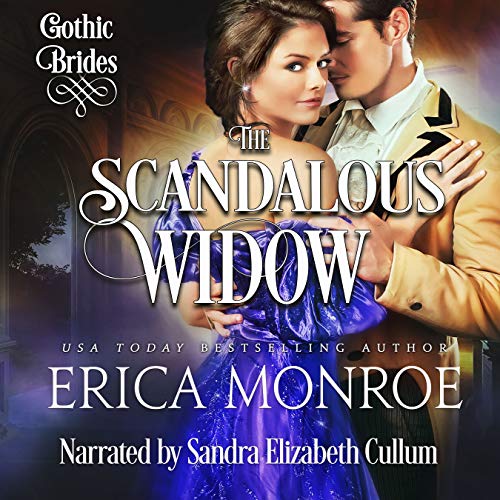 By: Erica Monroe
Narrated by: Sandra Elizabeth Cullum
Try for £0.00

Lady Jemma Forster knows all too well how ruthless gossip-mongers can be. She sacrificed her own happiness to restore her family's reputation. Her marriage of convenience to an affluent earl meant saying goodbye to passion, and any chance at love with the dashing lawman who set her soul aflame. She leads a sedate, practical life as the Countess of Wolverston. Until her husband is murdered, and the only man who can bring his killers to justice is her former love.

Bow Street Runner Gabriel Sinclair has spent the last three years trying to forget about smart, beautiful Lady Jemma, who broke his heart when she married his best friend. The Earl of Wolverston's death thrusts Gabriel and Jemma back together, as they work to find his murderer. Their investigation takes them into the darkest, most dangerous parts of London, with threats coming from all sides. They're perfect partners for solving crimes, but can they be partners in love too?

Previously released in It Started with a Whisper.

The Gothic Brides series: edgy, atmospheric Gothic Regency romance, exploring the dark, twisted corners of England - these books are not for the faint of heart. The Gothic Brides battle tortured pasts and face dangerous, suspenseful circumstances on their road to a hard-won happily ever after. Each book stands on its own.

What listeners say about The Scandalous Widow