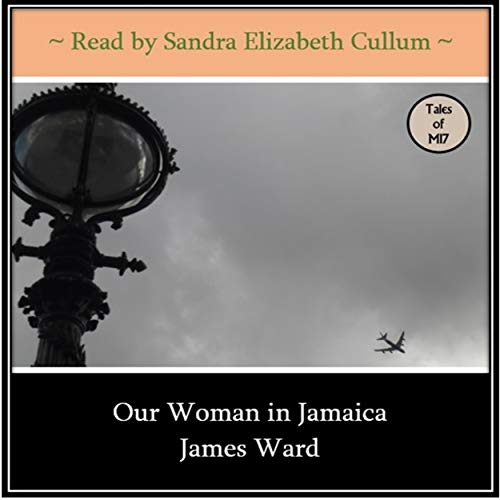 Our Woman in Jamaica

Sometimes the ballot-box and the bullet aren’t incompatible....

Jamaica, 1980. A general election is in the offing. The left-of-centre People's National Party stands a chance of winning a third term of radical social reform. Ties with Russia and Cuba will likely be strengthened. The IMF will be shown the door. Newly hatched revolutionary movements, like the Sandinistas in Nicaragua, and the JRG in El Salvador, will take firm encouragement.

The powers that be in London or Washington are not prepared to countenance any of that. Not at all. Unfortunately, the only person available to address the situation is someone the Brits would rather not acknowledge. At just 25, Ruby Parker and MI6 have a fractious shared history. She has already been written off by just about everyone in that organisation who matters. Written as a prequel to the other books in the Tales of MI7 series, Our Woman in Jamaica can be enjoyed by old and new listeners alike.

What listeners say about Our Woman in Jamaica

A rotten apple in the barrel.

1980. With a general election three weeks away in Jamaica and the usual violence escalating there as rival factions literally fought it out, MI6 and Langley decided that they needed to enter into the fray to ensure that the resident Prime Minister did not retain his seat.
Ruby Parker, bright, black and unpredictable, was again persuaded to become their agent. Not that everyone in MI6 was in favour of the selection, but black agents were in short supply: in fact, she was the only one. Ruby wasn't too happy about the assignment either. But flights were booked, together with an hotel room in Kingston, and she was told that an American agent, also black, would meet her a day later at her hotel. But things didn't go quite as smoothly as expectdd.

Another great spy come personal story from author, James Ward, who writes with intelligence, wit and gives a terrific story, action filled, with sometimes humerous, sometimes frightening situations. Always a really good immersive writer, this book is certainly no exception.
The narration by Sandra Elzabeth Cullen was reasonable. Her English accented voice was clear and pleasant to the ear, with good intonation throughout. However, to this listener, although accurate in her delivery, she seemed to merely read the words, not the story behind them, especially in the earlier part of the book. Increasing playback speed to 1.25 helped deflect this impression. Also, her early attempts at other accents - American, Jamaican, or even South West England - were woefully poor and were abandoned, thankfully, altogether as the book progressed. This was then a straightforward reading, not a performance with character voicings after the initial chapters.

Our Woman in Jamaica is an excellent book, very satisfying and enjoyable, which should appeal to all spy story devotees (it's not James Bond, more John le Care or Graham Greene) ) and the main protagonist is endearing, sometimes fragile and just a wee big odd. My thanks to the rights holder who, at my request, freely gifted me with a complimentary copy, via Audiobook Boom.
Well worth reading.

Our Woman in Jamaica: Tales of MI7..
A great fun spy novel, not meant to be taken seriously - Just good old fashioned entertainment.
Brilliant narration brought the whole book to life.
I was given a free copy of this audiobook at my own request, and voluntarily leave this review.
Highly recommend this book as a fun read.