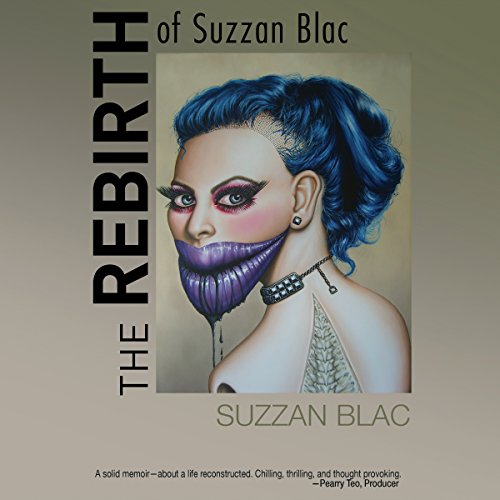 The Rebirth of Suzzan Blac

The Rebirth of Suzzan Blac

Suzzan Blac's early years were the stuff of the darkest nightmares: abject poverty and spirit-crushing abuse. Adolescence brought a harrowing coercion into the horrific world of the sex trade where she was held prisoner. She escaped, but spiraled into depression. Eventual marriage to a loving man and two beautiful children gave her a sense of normalcy for the first time in her life. But the long buried memories kept her an emotional hostage. To free herself and heal, she started painting. Out came 42 pieces, so raw they shocked even the artist. She hid them for a decade. When finally she revealed them, fame followed. Her work is exhibited around the world.

What listeners say about The Rebirth of Suzzan Blac

A story to be heard by all

This book about Suzzan’s life has left me with so many conflicting emotions, happiness and anger, heartache and relief... But her resilience and courage has given me hope and gratitude. We should be talking about abuse in every form, patterns need to be seen and learned so we can start to heal from and stop so much pain and suffering. Thank you, Suzzan, for being you and for this piece of writing that will change this world.