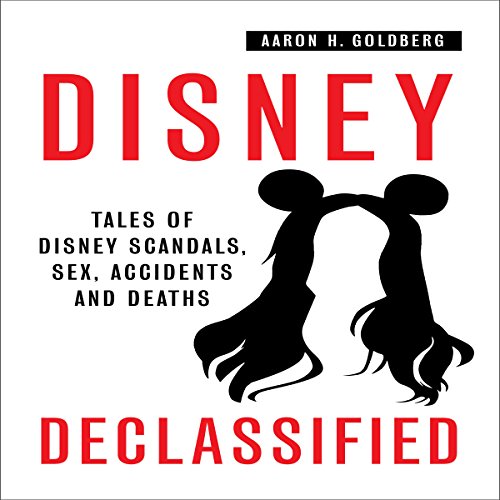 Welcome to the world of Disney Declassified, a real look at some of the situations that play out in their theme parks, their corporate boardroom, and all too often, a courtroom. Some of the situations are heartbreaking, others are head-scratching, and all of them are tales Disney would rather you not hear. Walt Disney, the company bearing his name, and their theme parks have been analyzed and chronicled almost ad nauseam. The word Disney conjures up different feelings for different people. For many, The Walt Disney Company stands for all things wholesome, family-centric, moral, and entertaining, but every now and then scandalous and salacious behavior seeps into the utopian world of Disney.

Disney Declassified isn't about the analysis of the Disney Company at a deep or philosophical level - actually, it's quite the contrary; it's a collection of true stories with Disney being the setting or the catalyst in situations that are very un-Disney-like. In some of these instances, not every Disney story ends happily ever after;

The Disney docket doesn't end with cases of ride accidents, sex, crimes, death, and violence. There are multiple stories of people faking cancer to score a free trip to Disney World, interesting copyright infringement and Americans with Disability Act lawsuits, and a touching story of how a young boy with autism utilizes Disney characters to communicate with his family.

However you feel about Disney, lover or hater, explore these stories and many more, when the real world collides with Disney and their world. Chances are you may never view Disney the same way again!

What listeners say about Disney Declassified

I did enjoy this book, but on occasion it did feel like listening to a shopping list being read out loud

I recently listen to listen this and the dark side of Disney. I have to say these is much better and does exactly what it says on the tin. unlike the other which just a boring guide to save money.

If you love hearing about dark Disney stories ranging from sex, violence, ride accidents and murder you'll love this audio. It has all that and more but some very interesting stories which I've never heard before very enjoyable.

It was like someone googled Disney accidents and just read them out loud...didn’t anyone edit this book?