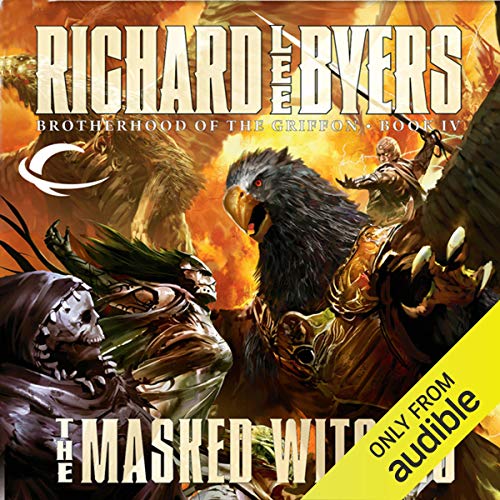 Aoth Fezim and his mercenary company have restored their tarnished reputation and attracted new recruits for their depleted ranks. But they still have one big problem: Too many griffon mounts were killed in the battles in Thay Chessenta. If "the Brotherhood of the Griffon" is to be more than a name, new mounts must be found. As it happens, the masked witches in Rashemen have griffons available to a worthy few who can slay the undead that are committing atrocities throughout the land. Aoth volunteers his band, as do other groups who are in the market for the fighting beasts. But things are not as they seem.

What listeners say about The Masked Witches